A Collaborative Approach to the Future of Water In SA 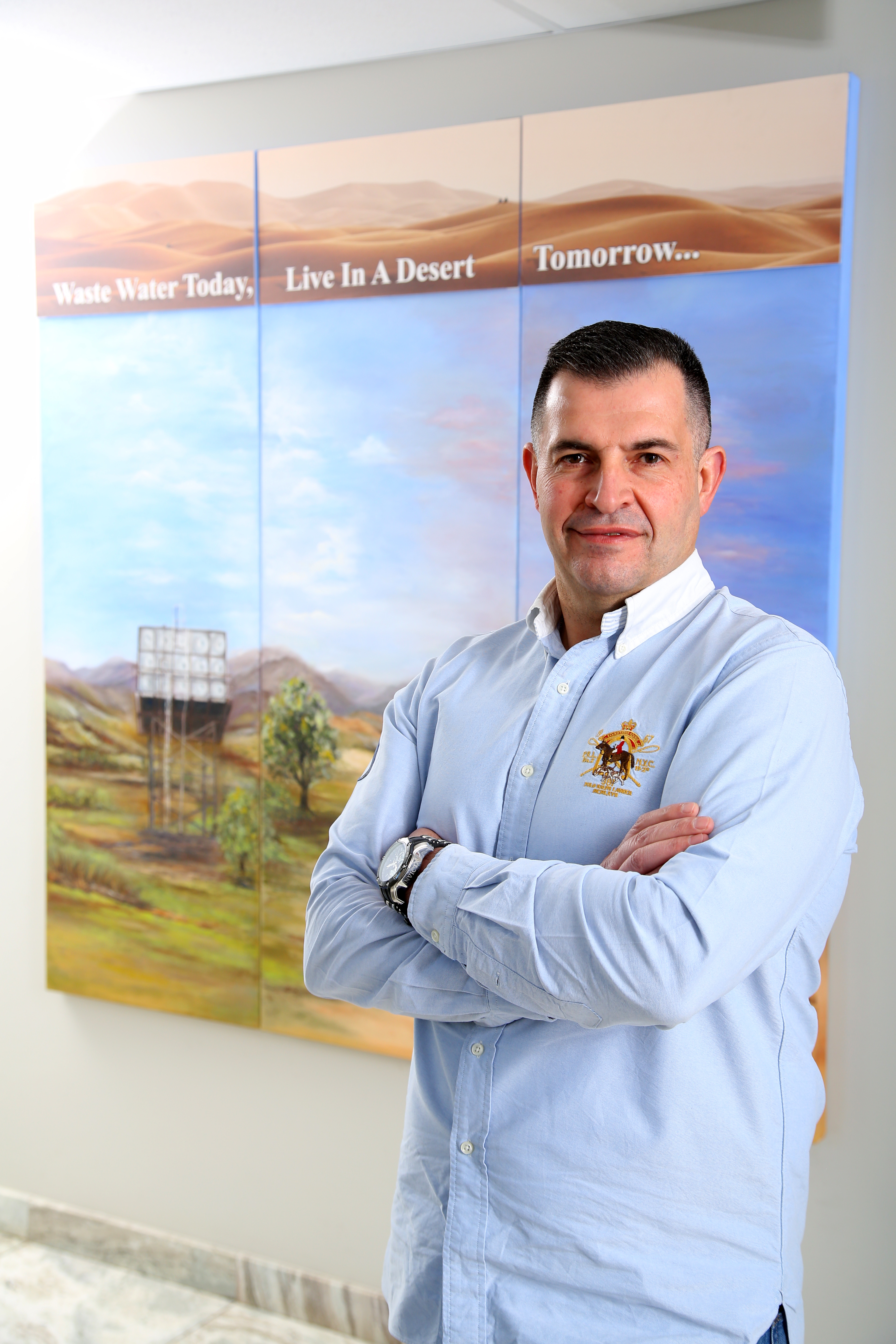 Kader Asmal put it so eloquently when he said, “Water runs through our every aspiration as a society.” It is essential to the health of our population, the socio-economic growth of our country and the basic human dignity of our people. Yet as South Africans, we become increasingly familiar with prolonged drought and are complacent towards the consequences that our ageing civil water infrastructure brings.

Although South Africa is marching towards water equality, challenging terrain in remote areas leaves many of those who need water the most underserviced. The partial privatization of our water system in which companies and governments collaborate to jointly solve the conundrum of how to create an efficient and sustainable system is a potential solution to the complex water issue.

The reality is that the task of providing every South African with freshwater, although essential is immense and after many political setbacks and the Covid 19 pandemic – our government is unlikely to have the necessary resources to deliver and sustain the access to water promised in our constitution.

This is according to Mannie Ramos Jnr, COO of Abeco, a pioneer in water storage solutions and a champion of water as the most important currency in Africa.

How do we get our water?

Our access to water depends on two distinct components. The first is our natural ecological infrastructure, which is the ecosystems that collect freshwater such as dams and aquifers. Second is the civil infrastructures that disperse and recycle water. Both are key to the conundrum of how to provide South Africans with the level of access to freshwater promised in our constitution as 6000l per household per day.

According to Ramos if we were to privatise the development, maintenance, and expansion of our civil infrastructure systems – such as water treatment plants – and leave the ecological infrastructure under governmental control the division of power between the national and private would remain relatively equal.

“The government could reallocate funds to help mitigate the profound impact of global warming on these ecological systems as well as building new structures,” he explains. “There would be added incentive to work together, as stored water has little social value without a civil infrastructure network, and the private owners of these networks can’t make a profit without the water provided by our ecological resources.”

What is the state of our water systems?

To understand why the government should be motivated to give up the monopoly they currently hold over providing this life bringing resource we must acknowledge that the state of our water system is simply too far gone for government to fix alone.

“Unlike private companies, government-owned companies are sheltered from market forces, so there is little holding them accountable when their negligence towards the maintenance of infrastructure results in the inefficient and wasteful use of water,” Ramos Jnr adds.

“The vast majority of water treatment plants were set up in the 1970s and built from concrete. Many people underestimate that infrastructure is a living thing that requires maintenance to work efficiently. For the people, this means most of their treatment plants are simply past their expiry date and now their integral infrastructure has degenerated and become outdated.”

Ultimately, this has resulted in only a few of the water treatment plants which purify water from sewerage being in safe working condition. Meaning that these plants are only working at a small percentage of capacity, while the population has increased.

Is it possible to privatise our civil water infrastructure?

The privatisation of water infrastructure is often halted before any purification plants are built due to the enormous land area a plant requires and the massive capital outlay it takes. A collaborative approach could easily offset some of these costs and potentially even be profitable for the government as they stand to gain significant revenue from the sale of our compromised infrastructure assets.

The UK demonstrated this in the 1980s when governments sold off state assets to large companies. If spent wisely this additional revenue could have a positive domino effect on other sectors of improvement such as education, housing, skills development, and job creation – perhaps to even provide the new plants themselves with employees.

Private firms are driven by a profit incentive, so it makes sense that in their mission to make every cent from every drop they would be good candidates to control the efficient use of a scarce resource like water.  Above being resource-efficient, they are likely to be financially efficient in maintaining plants, and productively efficient in upskilling communities to raise labour productivity because simply put- efficiency is good for profit margins.

Ramos Jnr believes, “Water is still too cheap as a resource to demand the responsible handling of it. Meaning there is little urgency or penalty for institutions who are wasteful.” He adds, “The day water is R20 per litre, we will begin to realise that we need to store reserves of it and begin to look at how to safely recycle, save and distribute enough pure drinking water – but by then there is a very real chance it may simply be too late.”

The concern of many anti-privatisation proponents arises over what will happen when decisions over basic resources are made from a profit perspective and not a human right one. And what happens if citizens stop paying their water bills?

Constitutionally speaking, companies can’t deny someone water leaving companies with little recourse to recoup debts. There must be negotiations between government and private corporations to provide those unable to pay with free water and make provisions such as pre-paid water for any use over and above that.

Why is a collaborative approach essential?

Government and private companies must be held accountable by the public and legal structures for any issues that arise during the implementation of this structure, so a high level of transparency is essential in this approach. If private companies and governments were held accountable in a structure that demanded collaboration by splitting ecological and civil infrastructure resources, it would also be far easier to detect the abuse and enforce the correct use of our water resources.

This mutual accountability structure has the potential to combat the fears of anti-privatisation activists who argue that privatisation is not always efficient or uncorrupted – as the two will work together. Companies should also be held to best practices by their shareholders and if the government no longer having monopoly control over the entire system, additional pressure from the private sector and independent civil structures like the public protector should stop illegal behaviour such as corruption.

What about long-term water continuity?

A potential benefit of a market with multiple private water providers is that each company is motivated by its competitors to provide the best service possible. In practice, this means companies are constantly looking to make more money out of the resources they already have and invest significantly in the research and development of new technologies.

Private companies will need to put large amounts of their capital into building sustainably efficient plants to continue to make money. This means they are motivated to hire experts in engineering, infrastructure, and prediction experts to calculate the best use of our resources and the expected population increase. “Through this consistent research, we are far more likely to have a better water continuity over the next 50 years and not only the next 10,” says Ramos Jnr.

SAHRC Water and Sanitation recognise that, “Civil society and non-governmental organisations play an important part in monitoring the progressive realisation of the right to water and sanitation services.” In the past, we saw a similar collaborative approach being taken with Alien vegetation clearing programmes. Not only did these programmes achieve their goal, but they had the added benefit of having created employment opportunities along the way.

As the WWF foundation also points out – even in a case where our water infrastructure was maintained – the water demand is increasing, and our goals for our economic growth of the country are inseparably tied to our ability to provide industry with the water it needs. And if the extra demand for water is coming from industry, surely it is logical that industry help make it a reality?

Not to mention that these rapidly inflating needs will have to be met under increasingly harsher, volatile, and unpredictable conditions than in the previous decades.

It is important, however, to admit that many issues in society are kept alive by a failure to recognize the importance of nuance in solutions to large scale historical problems. The complete privatization of water in South Africa may not be a solution but it has become clear that a hybrid system between municipal governments and private companies is the answer if we are ever to reach the ideal that our constitution is built upon and secure a better future for all.

Abeco Tanks is the World’s First Bank for the Business of Water, trusted for nearly 40 years to protect against water scarcity. The company’s steel water storage tanks are found in over 35 countries across the globe including Africa, Central America and the Middle East. Abeco is a private, family owned business together with equity stakeholder and funding partners, Investec Private Capital and Global Capital empowerment fund.

With its 269,000 square foot manufacturing facility in South Africa, and hundreds of employees Abeco has erected more water tanks than any other company in Southern Africa, making it the definitive leader in water storage solutions.

Mannie’s passion is to reduce the negative impact of water scarcity on the world.  As the COO of the leading water tank manufacturer Abeco Tanks, he is able to fulfill this passion by providing continuity of water for communities, governments and businesses.

After a successful international finance career working in Europe, Middle East and America, Mannie returned to South Africa armed with a strong track-record, an MBA from Henley Business School and invaluable multinational experience.

His mandate was to bring his wealth of experience, strong leadership skills and finance acumen to take Abeco to the next level of its growth.

Abeco Tanks has been in business for almost 40 years building steel water storage tanks and has grown into the definitive leader in over 35 countries in Africa, Central America and the Middle East. The company is backed up by equity stakeholder and funding partner Investec Private Capital.

Mannie spearheaded the innovative brand positioning of Abeco as ‘the world’s first bank for the business of water’, which sets the company apart from its competitors. Water tanks known as ‘water banks’ act as a savings account for water so that people and organisations have the water they need to keep operating, even in times of water scarcity.

It is this kind of innovative and ‘out the box’ thinking that makes Mannie an inspiring leader with the ability to achieve great results and transform companies. He thrives on taking calculated risks while having a strong understanding of the trade-off between risk and return. Mannie’s excellent interpersonal, communication and negotiation skills, makes him an influential board level executive.