Violence Against Women and Children Has to Stop! 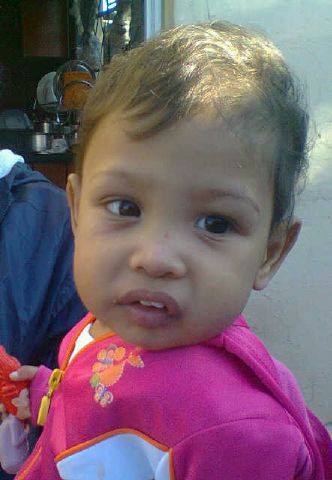 By I Love Durban
History, News

Every Year The Country Dedicates 16 Days Of Activism For No Violence Against Women And Children. The National Campaign Started on Tuesday And We Urge You All To Support This Cause!

In recent days the violent and brutal stories of abuse and violence against women and children have left many feeling heartbroken, shocked and outraged at what is occurring within our society. The horrific story of  Jamie Faith Naidoo who raped, abused and murdered as well as other cases of domestic violence leading to death is becoming more frequent.
At least 1500 mourners yesterday heard that the three-year-old was sold for R100 when she was six months old and then removed from a place of safety into the foster care of a grandmother, who did not want her.
Jamie’s lifeless body was found in her grandmother’s bed in Chatsworth, south of Durban, last week.Her body was covered in bruises, marks which resembled cigarette burns and she had sustained broken limbs.
Her maternal grandmother, Salatchee Basanich, 55, and her 31-year-old mother, Patricia Kershnee Ishwarlal, a sex worker and drug addict, have been charged with her murder.Durban metro police officer Captain Rita Naidoo said in a speech delivered on her behalf at the funeral yesterday, that she was sent to beachfront on a cold June evening when a man reported that he had bought a baby for R100. “The mother walked away from us to a meal that the man had bought her with no interest in the child,’ she said.
The child was taken to Addington Hospital where patients carried her and she was eventually breastfed by a policewoman, who was a new mother, to calm her down.
Havenside Civic Association’s Mubarak Mohamed read an official report which stated that the child was “flourishing” at the place of safety and that Bsanich wanted her to be given up for adoption. “Who removed her from a place of safety to a gruesome death? As a community we need to know,” he said.

Violence Against Women and Children Has to Stop!

KwaZulu-Natal Social Development MEC Weziwe Thusi said she was angry and ashamed as Jamie’s death happened on her watch. “I want to assure you that our department will get to the bottom of this matter. I will make it my business that everyone who failed this little girl pays for it. We have already asked the eThekwini cluster to look into the matter. We believe that professionals entrusted with Jamie’s life have a case to answer,” she said.
Jamie’s father Demitri van Vuuren was released from a Durban prison recently following a drug-related conviction and was living in the city centre at the time of her death.
Supported by his parents and grandmother, who had travelled from the Western Cape for the funeral, Van Vuuren placed a teddy bear in his daughter’s small white casket.His parents wanted Jamie to live with them in the Western Cape but the court ordered that she join her three siblings already in Basanich’s care. Her sister and brother, who have since been removed to a place of safety, wept as they stood together at the casket.

Basanich and Ishwarlal will appear in court next week to apply for bail. The state will then be in possession of the post mortem results.
The ability to help reduce abuse and eventually stop such horrors begins with you! Now, more than ever this cause needs the support of every single person to help curb and stop this brutality. This year is especially important as 2014 marks 60 years since the signing of the Women’s Charter on 17 April 1954 in Johannesburg; 20 years of freedom and democracy in South Africa and 16 years of the 16 Days of Activism Campaign.

What Is The Campaign?

The 16 Days Campaign is an annual awareness-raising Campaign that begins on the 25th of November and runs through until the 10th of December. South Africa adopted the Campaign in 1998 as one of the intervention strategies towards creating a society free of violence. The campaign, in it’s 16th year has and continues to generate an increased level of awareness amongst South Africans pertaining to the negative impact of violence against women and children (VAW&C) on all members of the community.
Jamies final moments as she was driven away to be cremated is a stark reality of the violence against women and children that has to be stopped!!!

Previous years  have had thousands of South Africans help to increase awareness on the negative impact of VAW&C and to build support for victims and survivors of this scourge. The previous years campaigns however were purely victim focused and did not reach out to perpetrators.
As a result, this has not led to a sustained behavioural and societal change. This therefore calls for the activism to be intensified, particularly in rural areas where there are low levels of awareness, bringing on board all other stakeholders that have been left out in the past 15 years of the 16 Days Campaign.

I Love Durban’s Commitment To This Cause

I Love Durban supports this cause that is robbing our city of children and women whose innocence and lives are ripped away from them through violence and abuse. Over the next 16 days we will bring you more information on the campaign, what abuse is, how to report it and everything you need to know to help us live in a violence free society.
We ask you to help us raise awareness by sharing, liking and commenting on our posts to increase the success of the campaign. The women and children living in violence desperately need any support and help offered.