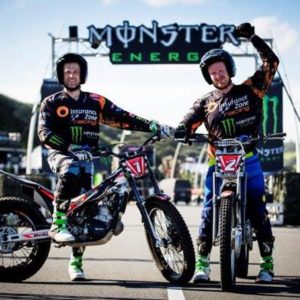 Don’t miss out on the #SCBF19 Early Bird Ticket Special running until Monday, 1 April. Book your tickets now at www.southcoastbikefest.co.za and save!

If you’re in the mood to watch some crazy stunts on high-powered machinery performed by South Africa’s best thrill-seeking riders, then this year’s South Coast Bike Fest™ (#SCBF19) powered by Gearhouse Full Throttle Entertainment Zone is the place to be! South Africa’s biggest motorcycle and music festival – presented by Ugu South Coast Tourism – will return to Margate on the KwaZulu-Natal South Coast from 26 to 28 April.

South African motorcycle trials’ champions, Bruce and Brent le Riche, will be putting on a high-impact, interactive show with a series of new tricks – including the 3.7m-high undercut ledge.

“This is a coastal event with a great track record… who wouldn’t want to perform at such a show, let alone such a dream location!?” commented Brent le Riche. “KZN spectators always get right into the vibe and are always ready for some daredevil motorsports!”

“Last year, I rode the Yamaha MT10, and this year spectators will get to watch me on the incredible Yamaha R1,” said King Donut, explaining that this is the bike ridden by Yamaha Moto GP racer, Maverick Vinales.  “I enjoy participating in the annual South Coast Bike Fest™ because it’s such a great place to watch upcoming talent. It’s a festival I look forward to every year! The past experiences of performing here has been life changing and I am honoured to be able to work with such amazing people.” 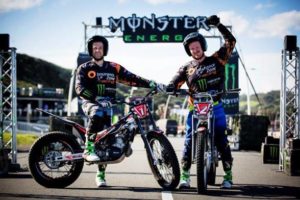 The country’s top all-female biker crew will return to this year’s South Coast Bike Fest™ to showcase their off-road racing skills. Audiences can look forward to a high-energy performance by stunt rider, Skinny van Skalkwyk, as well as demo rides by top female riders in the motorsport’s industry.

Nicole Salt of ShredBettys said: “The South Coast Bike Fest™ has been a great platform to represent women riders in South Africa and we’re looking forward to another impactful show.”

ShredBettys will be accompanied by Airworx, a company specialising in virtual reality. Visitors will get the surreal experience of riding motorbikes and surfing – all using virtual reality equipment!

Spectators will be treated to high-energy impact racing at its best as top EnduroX riders put on a quality performance.

“It has become a recurring action-packed weekend and, for three years running, we have successfully hosted the EnduroX event overlooking the amazing KZN coastline,” said Klint Mills. “With the help of Upfold Construction, we assemble a world-class EnduroX track the night before the main event – it’s insane but nothing beats the adrenaline of the impossible!

At South Coast Bike Fest™ it’s also set to get extreme on stage as South Africa’s hottest musical acts get the audience revved up! This year will see the inclusion of 35 of SA’s top DJ’s and bands such as Fokofpolisiekar, Desmond & The Tutus, Pascal and Pearce, Locnville, Distruction Boyz, Euphonik, Dan Patlansky on the #SCBF19 musical programme.

Visitors to the South Coast Bike Fest™ can also look forward to:

There will also be an official South Coast Bike Fest™ shuttle service for all attendees, running from The Hibiscus Mall to the venue.

Bikers and pillions wanting to access any of the bars or stages (Budweiser Beach Stage, Village Pier Rock Stage, Sunset Beach Party, Full Throttle Entertainment Zone, and Jazz Bar) must pre-register online (www.southcoastbikefest.co.za) and purchase a South Coast Bike Fest™ pin for R35. Bikers and pillions will need to purchase a pin each. Bikers must be accompanied by their pillion to collect the pre-purchased pin at the Sasol Garage, Margate – bike licences must be shown.

Vendor applications have opened and anyone wishing to be involved in #SCB19 can contact Aden Gray at admin@southcoastbikefest.co.za or call 0794973991.

Check out all the #SCBF19 action on: