Amazing History of The Durban July 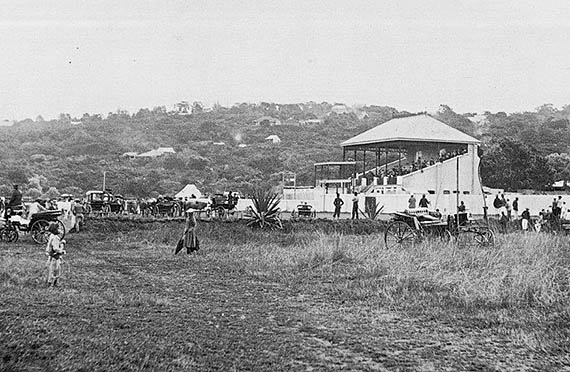 The Durban July Handicap is Africa’s greatest horse race with a history spanning three centuries. This South African Thoroughbred horse race is held annually on the first Saturday of July since 1897 at Greyville Racecourse in Durban, KwaZulu-Natal. and boasts horse racing, high fashion, elegance, and fine cuisine.
Raced on turf, the Durban July Handicap is open to horses of all ages. It is South Africa’s premier horse racing event and currently offers a purse of R2.5 million.
First held in July 1897 at a distance of 1 mile (approx 1600m), the distance was modified several times until 1970 when it was changed to its current 2200 meters (11 furlongs).
The Durban July is and, as you’d expect, some interesting trends have developed in that time.

Age of the Winners

Over the years the name of the race has undergone several changes. It was known as the Durban Winter Handicap from its inception in 1897. In 1928, it become the Durban July Handicap, but once again reverted to its original name during the war years; from 1943 through 1945. Re-instated as the Durban July Handicap in 1946, the race stuck with this name until 1963, when Rothmans entered the sponsorship arena.
The race was known as the Rothmans July Handicap until 1989, when the conditions for the race were changed. Thereafter it was simply known as the Rothmans July. Rothmans was reluctant to end its association with this great race but the new tobacco laws of the country forbade it and sadly the longest running sponsorship of a major sporting event came to an end after its 38th year in 2000. 2001 saw the race being run simply as the Durban July and in 2002 Vodacom announced it’s powerful association with Africa’s Greatest Horseracing Event, now entrenched as the Vodacom Durban July.

Spectators in The Grand Stand

The race was first run over a mile for a stake of 500 sovereigns and called the Durban Turf Club Handicap. While we are used to it being run on the first Saturday in July, in 1897 it was run on 17 July. In 1899 the stake was increased to £1000. In 1902 the crowds could enjoy the new (mostly finished) grandstand.

In 1903 the stake jumped to £1250 and it was the first year that an official time was taken. Henry Nourse’s chestnut filly Peerless won it in 1 min 42.5 seconds. Her son Nobleman would go on to win it in 1911, becoming the first and last 2yo to ever win the July. Her grandson Full Dress won it in 1930.