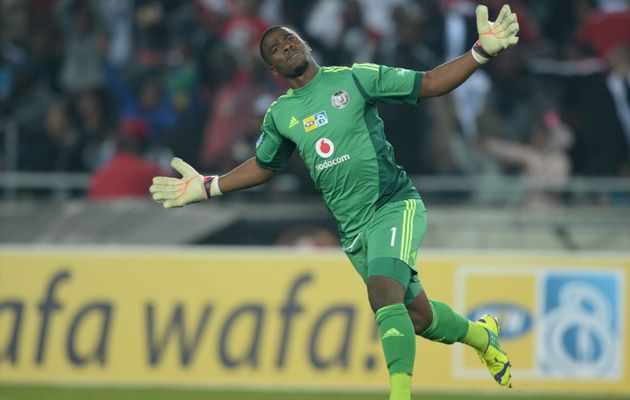 South Africa’s national soccer team, Bafana Bafana, arrived in Durban yesterday ahead of their AFCON qualifier against Sudan on Saturday. The team, who lost their captain Senzo Meyiwa to a fatal shooting last month payed tribute to their former captain upon arriving in his home town.
The AFCON qualifier, which was moved from Nelspruit to the Moses Mabhida Stadium in honor of the former captain is set to be an emotional match for the players and the country. Prior to his death, Meyiwa had led the team as captain, with two wins and two draws to his name.

Led by coach Shakes Mashaba, the national team headed straight to Heroes Acre cemetery in Chesterville upon their arrival in Durban, before heading south of the city to Meyiwa’s family home in Umlazi. They were given the rest of yesterday off after what must have been an emotional and trying day, as they face their first match without Senzo. The team will begin their training for the match on Saturday later today.


Winning It For Senzo

National coach, Shakes Mashaba says has noted that the team is highly driven to win this match in honor of their late captain. He was quoted saying, “It was very important for us to do this. It was a very good thing and it was befitting for Senzo.”

Orlando Pirates Team Members At The Funeral Of Senzo Meyiwa

For many of the players, their visit to Senzo’s graveside really let it sink in that going forward they will be without him. Midfielder Dean Furman, one of those among the squad which participated in Monday’s activities, said it was hugely important to pay their respects.
Furman said, “It was very humbling for us to be there at the graveside today and it was really touching. It was the first time that it really sunk in for me personally. I know some of the others felt the same way too. Hopefully on Saturday we can go out and make him proud. We want to complete the job he started and we know he’ll be watching down on us. He was our leader, our captain and we need to do it for him.”

Under Meyiwa’s short but successful time as captain, he put the team in good positioning for the AFCON. Since his captaincy in June, he had presided over two wins and two draws. His four clean sheets put Bafana Bafana on the brink of Afcon 2015 qualification.
Tickets for the match on Saturday, 15 November are on sale now. Kick off will be at 3pm.