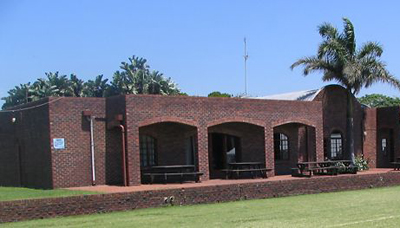 Berea Rovers Appeal To The Municipality To Not Shut Down Their Doors To Make Way For The Multi Million Rand Liverpool Academy In Durban!

The Berea Rovers are appealing for public support as they face losing the premises they have occupied for over 38 years to make way for the Liverpool Football Club in Durban. City manager, S’bu Sithole, has granted permission to sign a 30-year lease agreement with Hoy Park Management, a partner of the British Premier League club to develop the 14.334ha King’s Park precinct which Rovers shares.
The Academy, which  will  see Liverpool FC coaches travel to South Africa to deliver the programmes, is planned to begin in December. A permanent “player development centre”  will be based in Durban, which will provide a year-round opportunity for local young, talented players to develop their skills through coaching practices that Liverpool football legends have been through.

The municipality’s value estimate of the land is R204 million. Once developed the site would host a hotel where talented local children between the ages of five and 14 would live while they are schooled and trained to play “The Liverpool Way”.
According to the proposed lease agreement, the rental on the lease for Liverpool would be only R4 300 a month excluding VAT for the first year, escalating by 9 percent a year for the next four years.

The contested site is currently occupied by Berea Rovers who have been in existence for 130 years and have pumped about R10 million into facilities at the precinct over the years. Berea Rovers, as with nearly 40 other sports clubs in the city, has been on a month-to-month lease with the municipality, which in 2004 stopped renewing leases on council property to sporting bodies, pending a policy review.
Thembinkosi Ngcobo, Head of Parks and Recreation in eThekwini responded to the concerns of sports clubs by stating that they would not be given long term leases unless they transform. He went on to say that the the city would not give sports clubs long-term leases without them showing a concrete plan of how they intended to transform and build greater “social cohesion and economic development” around their sites.

Many other sport clubs around the city who are also granted month to month leases have come out in support of the Berea Rovers. Sports clubs have said that the city’s month to month policy has hindered development plans as there is no security of not being shut down. Sports clubs are hesitant to upgrade their facilities as they may not benefit from it.
David Lindsay, president of the Lahee Park Bowls Club said, “Who would want to invest in assets when you don’t know how long you have on your site? We are living on tenterhooks. We need to maintain our club to ensure we keep on growing the sport but it is a worry having only a month-to-month lease, because at any time they can tell us to pack up and go.”
The final date of when the Berea Rovers will need to vacate has not been confirmed yet.
Let us know your thoughts on this issue in the comments below.
information sourced from www.iol.co.za