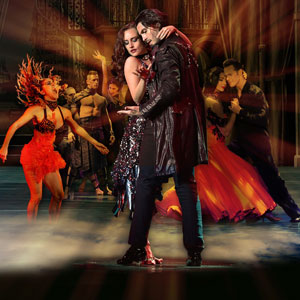 By I Love Durban
Awesome, Durban, Entertainment, Event, Things to Do

THE WORLD’S PREMIER DANCE PRODUCTION, BURN THE FLOOR, RETURNS TO SOUTH AFRICA LATER THIS YEAR FOR ANOTHER SIZZLING TOUR OF BALLROOM AND DANCING EXTRAVAGANZA

The world’s most prolific ballroom and dance theatre production, Burn the Floor, returns to South Africa for a much-anticipated tour across the country later this year. The show is set to dazzle local audiences with its spectacular dance moves and sizzling ballroom displays on stage and you shouldn’t miss it for the world!

Burn The Floor is a global production that has revolutionized the image of Ballroom dance across the world, and is set to visit South Africa for the fourth time in August and September this year, in what has been dubbed as Burn The Floor – The Rebel Tour.

With the reputation of being the world’s toughest dance show, the international cast of dance champions are handpicked for their rebellious spirit and pure skill.

Burn The Floor – The Rebel Tour, also known as “The Rebels of Ballroom”, sees an international dancing cast showing off their passionate and sexy dance skills on stage, and it includes South African Latin Champion, Kylee Brown. South Africans will also witness the sweet vocals of sultry songstress, Lelo Ramasimong – who is currently a finalist in local music reality TV show, The Voice SA – throughout the SA tour.

Choreographed and directed by Peta Roby, Burn The Floor – The Rebel Tour, has more surprises in store and promises to blow the roof off the theatre, including music from Rag and Boneman, James Brown ,Aretha Franklin, Santana, Janis Joplin, and Led Zeppelin.

Burn The Floor – The Rebel Tour, is brought to South Africa by Dance Partner Productions and kicks off at the Baxter Theatre in Cape Town from 8 – 17 August 2019. Tickets for this much-anticipated show can be purchased via Webtickets at either www.webtickets.co.za, and are priced at R180 – R310 each. You may also book tickets directly from the Baxter Theatre via 0861 915 800 or http://www.baxter.co.za.

Johannesburg and Durban fans are in for a treat too! Burn The Floor – The Rebel Tour, will run from 22 August – 8 September at the Theatre of Marcellus at Emperors Palace in Johannesburg before closing out the Mzansi tour in Durban at Sibaya Casino and Entertainment Kingdom from 12-29 September.

Tickets for the Johannesburg and Durban legs of the SA tour can be purchased via Computicket at either www.computicket.com or via Checkers and Shoprite retail stores, countrywide, and are priced at R280 –R520 for Johannesburg and R285 each for Durban

MORE ABOUT BURN THE FLOOR
The original concept of Burn The Floor grew from an electric display of ballroom and Latin dancing at Sir Elton John’s 50th birthday party in London, March 1997. There, producer Harley Medcalf discovered the ballroom dance world and its charismatic people, with their deep intensity, commitment, discipline, burning passion and total love of the ballroom art form.
Initially, Harley’s idea of a new theatrical ballroom production sent shock waves through the ballroom dancing establishment. For decades, ballroom competitions had been performed behind closed doors, as a pastime for the privileged. And well before reality television embraced it with such shows as Dancing with The Stars and Strictly Come Dancing
Burn The Floor opened in England in 1999. A decade later, after visiting thirty countries and over one hundred and sixty cities worldwide, it achieved its long standing dream, to bring Ballroom to Broadway – appearing at the Longacre Theatre in New York, followed by two hugely successful seasons in London’s West End.