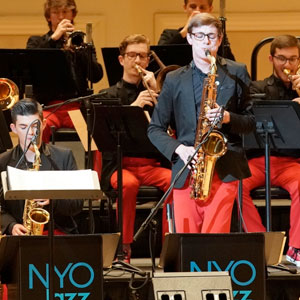 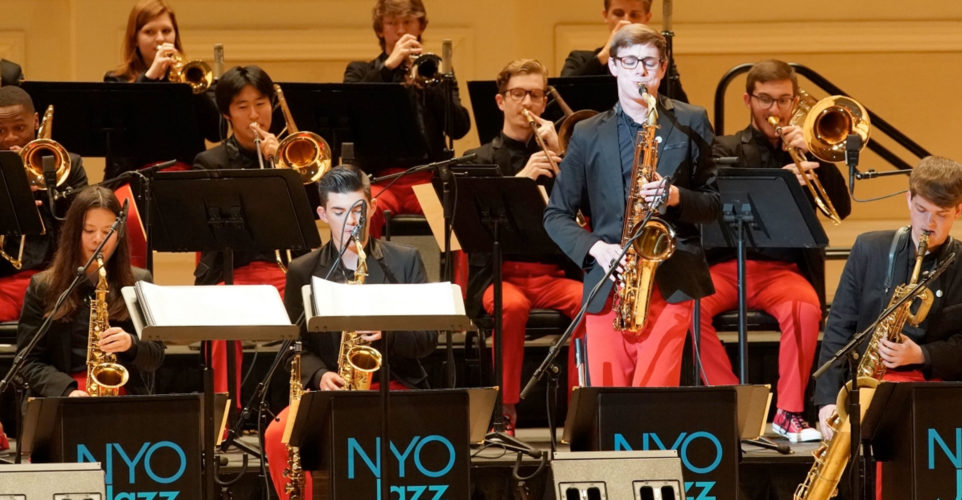 Tour Postponed Due To Effects of COVID-19

(April 2, 2020; NEW YORK, NY)—Carnegie Hall today announced that—due to the effects of COVID-19 and current challenges with international travel—it must unfortunately postpone the debut tour to South Africa by its national youth jazz orchestra, NYO Jazz to a future date. The previously announced tour, scheduled to include performances led by trumpeter Sean Jones with vocalist Dianne Reeves as special guest, would have taken the ensemble to Cape Town, Johannesburg, Makhanda, and Bloemfontein from June 24-July 7, 2020.

In the USA, and pending public health conditions, Carnegie Hall still plans to convene its three national youth ensembles—the National Youth Orchestra of the USA, NYO2, and NYO Jazz—for their annual summer residency at Purchase College, State University of New York, located just north of New York City. Beginning on July 1, the young musicians of NYO Jazz will come together to train and perform with top jazz masters, collaborating with members of the other two ensembles over the course of three weeks.

Due to COVID-19 though, touring for all three groups has been cancelled for summer 2020. The ensembles will instead, share their music-making with local audiences. Carnegie Hall continues to monitor public health conditions and will share further updates on this program later in spring (Northern Hemisphere) 2020.

“We were incredibly excited for NYO Jazz to make its debut in South Africa this summer,” said Clive Gillinson, Executive and Artistic Director of Carnegie Hall. “While it is very disappointing that the tour has had to be postponed due to the current circumstances, we know that our national youth ensembles will tour internationally again soon. We eagerly await the chance to perform for South African audiences and experience the country’s rich history and culture in a future year.”

Each summer, NYO Jazz shines a spotlight on the depth of talent found among teen jazz players across the United States. The program offers talented young musicians, ages 16-19, the opportunity to perform as cultural ambassadors for their country, sharing a uniquely American musical genre with people around the world through an international tour. The members of NYO Jazz have been recognized by Carnegie Hall as being among the finest jazz musicians in the country, following a rigorous and highly competitive audition process. In 2018, NYO Jazz’s first-ever international tour included performances with vocalist Dianne Reeves at prestigious concert halls and music festivals in London, Amsterdam, Edinburgh, and Berlin. Last summer, NYO Jazz made its debut tour to Asia, joined by vocalist Kurt Elling, including performances in Taichung, Beijing, Shanghai, Zhuhai, and Hong Kong. 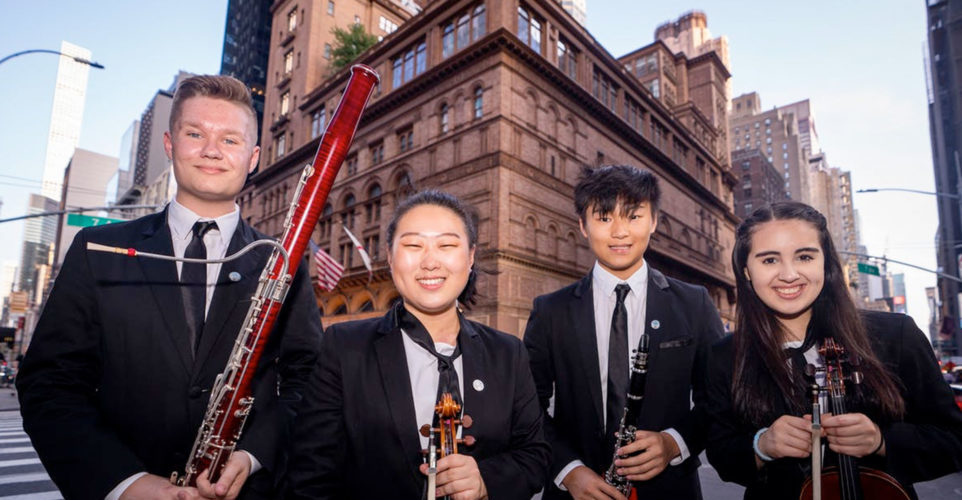 Led by Sean Jones, NYO Jazz builds on the success of the acclaimed National Youth Orchestra of the United States of America (NYO-USA) and its sister ensemble for younger musicians NYO2—programs created by Carnegie Hall in 2013 and 2016, respectively—to bring together the finest young classical musicians from across the country each summer for training, performances and international touring. Each of these prestigious national programs—free to all participants—is dedicated to the inspirational ideal that talented young musicians thrive when they have the opportunity to expand their musical, social, and cultural horizons and share their artistry with audiences around the globe. Since 2013, the national youth ensembles have performed in 15 countries on four continents, including tours to China, South Korea, Mexico, Ecuador, Colombia, Russia, and across Europe.

Innovative music education and social impact programs developed by Carnegie Hall’s Weill Music Institute (WMI) are designed to inspire audiences of all ages, nurture tomorrow’s musical talent, and harness the power of music to make a meaningful difference in people’s lives. Close to 700,000 people will engage in the Weill Music Institute’s programs over the next year through national and international partnerships, in New York City schools and community settings, and at Carnegie Hall. For more information about WMI programs, including other initiatives that support the ongoing development of young musicians, visit carnegiehall.org/education