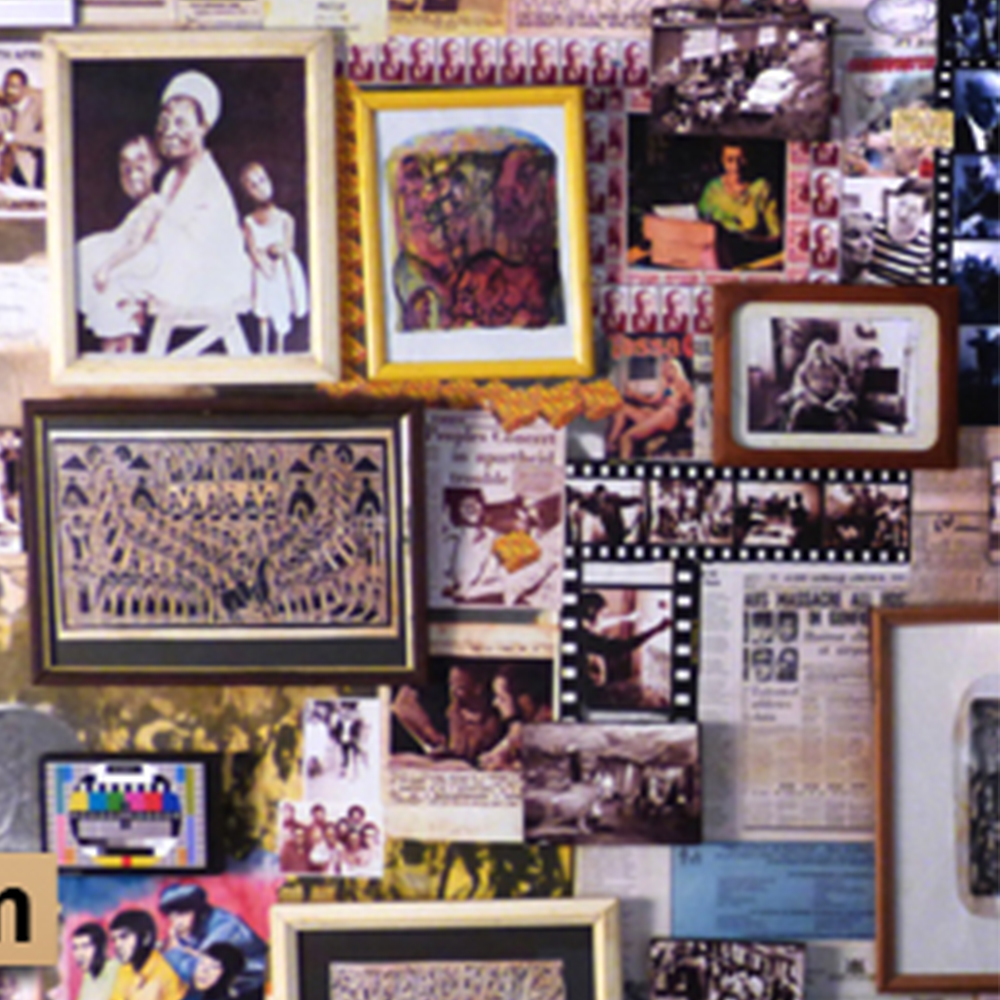 A remarkable figure in the art world of our province was Terry Anne Stevenson, the friend and confidant of so many grassroots artists. Through their murals her group, together with the people who often illegally occupied public spaces, reclaimed them all over the province. Who can forget the Human Rights murals on the Durban Prison wall – all three layers of them. The Bat Center murals, the grand and giving Umkubulwana at Berea station and the Market. No wall was safe in those early days of democracy. No school, no railway station, no under- or overpass, or lonely wall could withstand a Community Murals attack. Many individuals branched out and became remarkable artists in their own right. Terry Anne through her relationship with the African ART Center, Rorkes Drift and quite a number of informal and formal art collectives became the conduit through which many township, rural and urban artists entered the public space.
In her memory and all those who worked with her, the trustees decided to embark on a legacy project that will be of long lasting value. It follows the arts in KZN from the days, about 200 years ago when records were first kept.
Of course, the whole concept of Art is a western one and as such it likes to file each activity under a heading and definition., Life in the indigenous societies was much simpler and wiser than that. Without a word for art, individuals generally did them all. Only some of it can be photographed or recorded. But we tried.
The plan is to tell this history around a number of nodes that we are familiar with. The influence of the missions, training of techniques and concepts of western art and religion in places like Ceza, Rourke’s Drift and Marian Hill, Ndaleni, the celebration of indigenous art during the Grossert years.  Adams Mission. The importance of the African Art Centre, the Community Art Project and the BAT Center. From these we branch out and follow leads in all directions. All is placed against a backdrop of the politics and social engineering at the time. The Incredible energy of Umkumbane, the improvised and often hidden squatter areas, the formal townships. The Glebe lands and Black Spots. There is the parallel Art of the country side of toght, migrant labour, in the world of the hostels and compounds. Bantu education. All of it in a revolutionary, defiant and liberating search for identity and freedom. There is a parallel expression of defiance questioning and bridge building by artists from all background while the to this day many cling to their own definitions.
In our presentation, we follow a few personalities that seem to pop up regularly and continue to inspire others and themselves to explore all their talents.
There will be 15 panels, each with its related music and narrative. It begins at the Phansi Ubuntu Art museum where a part of this history is stored, celebrated and shared with new generations who have all but forgotten these achievements through the onslaught of the capitalist consumer society.
It seemed for a short period that the battle of identity had been won but while we were celebrating we lost the war. Maybe there is a need to go back to first principles.
The first eight panels are up and will be on view until the 21st of September. They are a work in progress and in themselves a work of art with all the liberties that this allows.
The Phansi Museum invites all artists and commentators to pay a visit and help to make them meaningful, educational and inspirational. An invitation will be sent to commentators to review the different stories. These together with photographic records will result in a book worthy of the subject. The exhibition itself will travel.
Resident artist for the project, the inimitable Peter Engblom, gave birth to the collages in the Roberts House Cowshed adjoining the museum.
All are encourage to visit, comment and bring additional ideas and material. All will later go into the Phansi resource centre.
–  Paul Mikyla