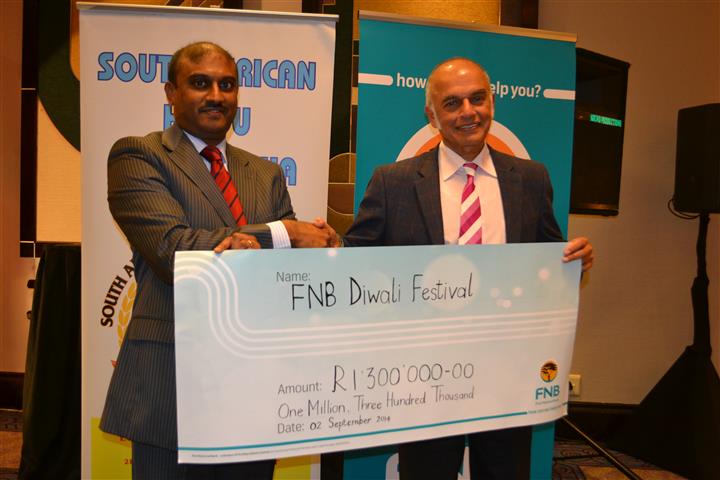 By I Love Durban
Awesome, Entertainment, Food, Shopping, Things to Do

The FNB Durban Diwali Festival, which started yesterday is filled with thrills, frills and eastern delights. Diwali, the Hindu Festival of Lights, celebrates the triumph of good over evil. The festival is hosted at the old Drive – In site with First National Bank as the main sponsor.

The festival has been know to be attended by thousands form all races in previous years. This years celebrations is centered around the theme of 20 years of a democratic South Africa.“It is extremely important we use the opportunity of the DDF to appreciate the role of our democratic rights which allow us to celebrate festivals such as Diwali in such a spectacular manner that we have become accustomed to,” said an organising spokesman.
Weather will not be much of a problem as the festival is housed in a new All-Weather Marquee. Visitors to this years festival will be able to purchase various eastern goodies, such as eastern wear, decorative trinkets and so much more. An on-site restaurant is also at the show, dishing up pipping hot and delicious indian food, run by Indian Delights caterers.

On site restaurant at the fair

The Festival Line Up

Saturday: The morning will present a float presentation through the Durban CBD. The afternoon events will consist of prayer recitals from 1pm followed by entertainment by local artists. The evening festivities will start of with a one of kind fireworks display before dancing the night away at the DSTV Fusion Party.

Floats Traveling Through The CBD

Sunday: The day starts with the hawan ceremony dedicated to praying for peace and happiness. Members of the public are welcome to participate. There will be more local entertainment as well the prize giveaway of Two return trips to India, sponsored by Emirates Airlines. There will also be the Schools Art Competition and Exhibition with iPads and other exciting prizes up for grabs.
With so much on offer at the festival, it really can not be missed.

Yummy Goodies To Try At The Festival