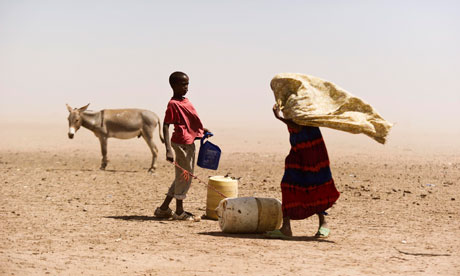 The KwaZulu-Natal Cooperative Governance and Traditional Affairs Department has warned that despite the recent rainfall, which has been pouring in the province for the past few days, the prolonged drought remains severe.
MEC for Cooperative Governance and Traditional Affairs, Nomusa Dube-Ncube, said the province would need weeks and weeks of sustained rainfall to refill its fast declining water reservoirs to return to water levels considered safe and sustainable.
“We therefore urge the public not to become complacent amid the recent rain showers and continue to conserve water to ensure that the current reserves last longer,” said MEC Dube-Ncube.

The MEC reiterated that combatting the effects of drought is everybody’s business, adding that people can only ensure sufficient levels in their water reservoirs if they change their consumer behaviour into the future.

“KZN is facing droughts with increasing severity and frequency, unless our call for coordinated water conservation is met with decisive action by all consumers,” said MEC Dube-Ncube.
The department has also appealed to municipalities to maximise their efforts to repair all reported water leaks and prevent future water losses.
Meanwhile, more than 3 000 water restrictors have been fitted in homes in Westbrook, Belvedere and the Hambanathi area as the drought crisis deepens. Installations are now under way in Waterloo.
The eThekwini Municipality said on Tuesday that the restrictors allowed residents to get water from their taps at all times, but the flow of water was reduced by 30 percent.

“Every consumer (in the affected areas) will receive water through a restricted water supply method to ensure balanced water distribution,” said Tozi Mthethwa, eThekwini spokeswoman.
Mthethwa said the municipality had begun consulting communities to explain the rationale for the restrictions. The Waterloo and La Mercy communities had already been contacted.
“Mayor James Nxumalo has assured residents that once the water level at Hazelmere Dam has returned to a satisfactory level, meter connections will be returned to full pressure,” she said on Tuesday.
The water level at the Hazelmere Dam, which provides water to parts of the iLembe and eThekwini municipalities, was at 27.57% on Tuesday.
“The recent rainfall may give the false impression that the worst of the current drought is over. The impact of the current drought has been so severe that all this rainfall is simply insufficient to relieve even the most urgent shortages of water in the most affected areas of the province. Our campaign to conserve water will therefore continue,” said MEC Dube-Ncube.