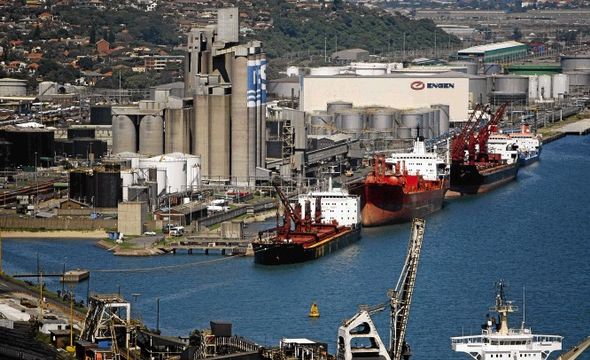 Quick reaction to a tip off resulted in one of the biggest drug busts in Durban.

The police and SA Revenue Service officials have confirmed that they have seized 95kg of pure cocaine worth about R29 million.
This is great news not only for Durban but South Africa, as this means that the drugs will not reach the streets.According to reports, the bricks of cocaine were wrapped in plastic and taped to make them waterproof.
The bust was made by Police at the Durban harbour on Tuesday night after they received information on narcotics being trafficked to Durban from Buenos Aires.The cocaine was found in a container packed with regular cargo. According to information received the drugs were being smuggled in a container from the Argentinian capital aboard the ship, Cap San Tainaro.

After investigators had been tipped off about the container’s identification code, police and members of the SA Revenue Service Custom and Excise unit placed a detention order on it so it could be searched.
The bricks – which were ‘uncut’, or adulterated with other substances – were packed into carry bags, which were placed at the entrance of the container.
The seal on the container was tampered with and changed. The documentation and other goods in the container were legitimate and destined for a SA company, said the sources.
After the drugs were found, experts the scene processed it for fingerprints, DNA and took photographs for analysis.

A Huge blow for Drug Traffickers

This is a significant heist and a huge blow to the drug trafficking syndicate. As no arrests have been made the authorities are following up leads on possible suspects.

SAPS and SARS made the drug bust

Provincial police spokesman, Captain Thulani Zwane, confirmed the chain of events that led to the bust. Zwane said no arrests had been made but there was clear evidence that the seal of the container had been tampered with.
“It is suspected that the drugs were intended to be removed before the container could be handed to the owner.”
He said the container had been shipped from the Argentine capital Buenos Aires on 5 September and the ship docked in Durban on 30 September.