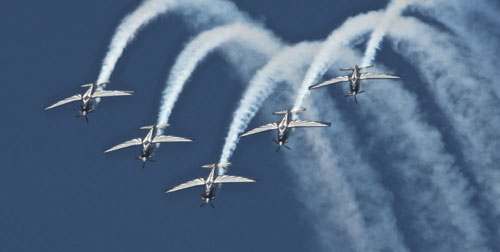 KwaZulu-Natal Treasury officials have taken a decision to axe Durban’s Land, Sea and Air Show and KZN Winter Air Tour for next year by cancelling the R36 million in funding.
This popular and much anticipated event attracts a thousands people every year.

The decision has left the industry and affected district municipalities “shocked” and “devastated”.
This also means that the Zululand Race of Champions aviation event, on August 22 and 23, is cancelled too.
Mpiyakhe Hlatshwayo, Zululand District municipality mayor, said they would need about R1.5m to get the event up and running again.

Brian Emmenis of Capital Sounds/KZN Air Events, whose company managed the shows in partnership with the KZN provincial government for the past three years, said he believed the decision was made because Scott was new in office and had not experienced the events, whereas previous head of Treasury, Ina Cronje, had attended them.
“I am shocked and devastated. We have become the destination for the biggest aviation events in the country”