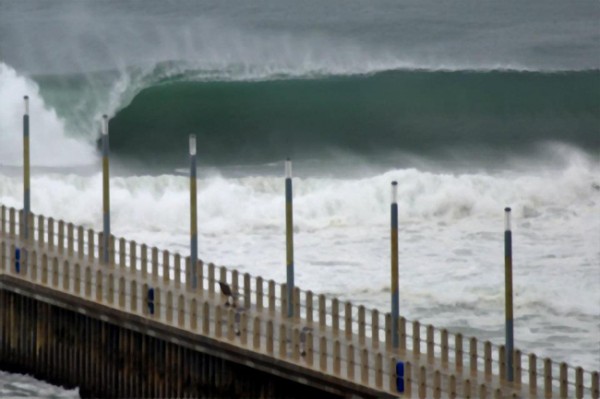 By I Love Durban
Business, News, Things to Do, Travel

Some of Durban’s most popular beaches are closed due to fears of shark attacks. The heavy storms and rough seas during last week’s erratic weather has left many shark nets damaged, forcing the Ethekwini municipality to close beaches for safety. Yesterday,many durban and surrounding beaches were closed off to bathers and surfers and would remain so at least until the end of November. Ethekwini’s head of parks and recreation, Themba Ngcobo, said that the municipality was still assessing the damage, and the beaches would be opened as and when the repairs were completed.

Mr Ngcobo said, We had to take this decision to close the beaches to assess and fix the damage, we have called on the Sharks Board to help us repair the nets.” He also said, “In cases where this is done quickly, we will open those beaches and close those where work is still under way. “We don’t know how long this would take but we will be working very hard to ensure that these beaches are open by the start of the holiday season.”
Currently, the beaches that are still open are:Umhlanga Beach, north of Durban, and Amanzimtoti and Winkelspruit along the south. These beaches will remain open as work is done on damaged nets at other beaches.


Possible Closure Through The Festive Season

As it stands, it is possible that some of these beaches will remain closed during the festive period. This could have a very negative impact on Durban’s peak travel time. December often sees thousands of out-of-town visitors flocking to the warm beaches along the Kwa-Zulu Natal coast.
Charles Preece, speaking on behalf of the east coast region of the Federated Hospitality Association of SA said, “The beaches are vital to the tourism sector. Many people visit the sea and they want to chill on the beach and have a swim. We have not seen any cancellation of trips yet and we are hoping and praying that the beaches will be open in time for the holiday season.”

He urges the municipality to attend to the beach closures as soon as possible, before Durban loses a large part of their yearly profits from peak travel period.
What are your thoughts on the beach closures? Let us know in the comments below.
*Information sourced from www.bdlive.co.za