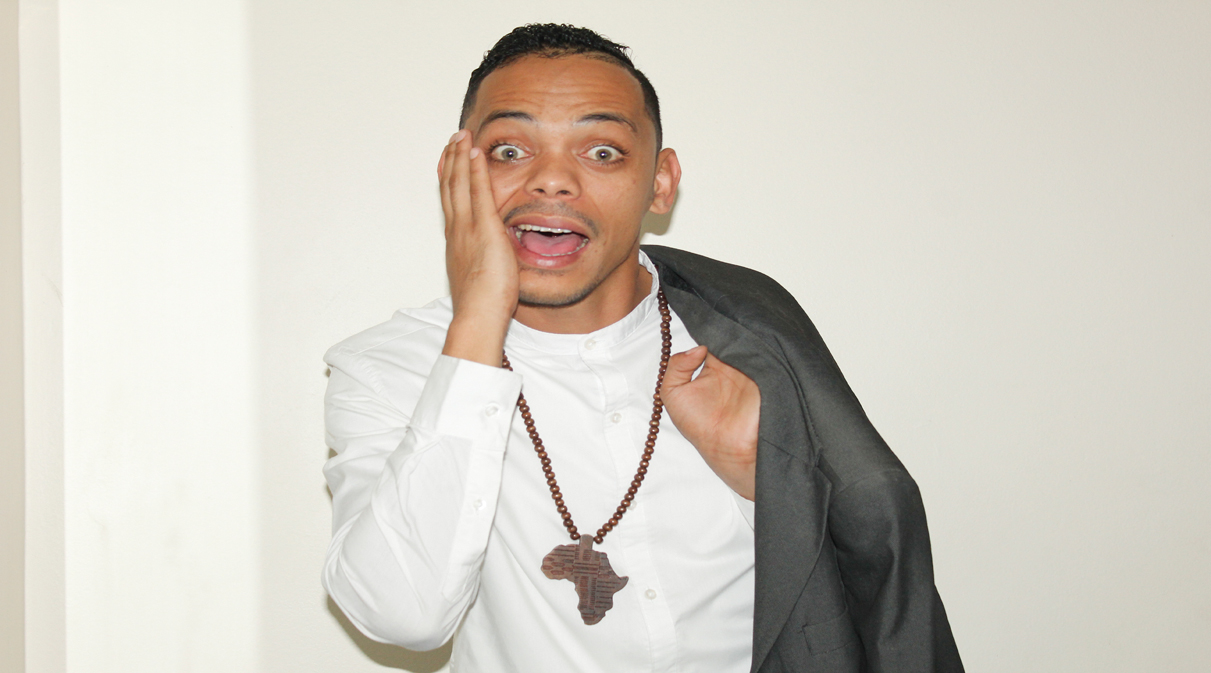 By I Love Durban
Awesome, Durban, Entertainment, Things to Do

Parker’s Comedy and Jive is the home of stand up comedy in South Africa. The popular comedy club showcases the best in international and local comedians.
Williams competed in a series of heats in the build up to the final last night. The heats took place between 4 to 25 October.
The grand final took place last night, hosted by Vittorio Leonardi, and saw Williams pitted against the finest emerging comedians in South Africa – where he walked off the winner!

Williams’s serendipitous win comes on the eve of the opening of his debut one-man show in Durban on 3 November.
Titled Too Coloured? – the side splitting showcase celebrates multi-cultural humour that can be enjoyed by anybody. It poses a direct question which relates to Williams’s amazing ability to relate to any race, age and culture.

“My inspiration is always people based. There is a clear message for all South Africans that is relevant to our current affairs. This show provides comic relief through a unique array of multicultural humor,” explained Williams.

Dubbed as ‘the next Trevor Noah’, Daryl has a relatable story for everybody, his audience is always wanting more!

“At my show you can expect to hear about the struggles of those who grew up with no medical aid in the past and the funny concoctions that were used to replace modern medicine. You’ll hear a bit of current observational, stereotypical humour – which does not offend but rather creates a funny outlook at things, where we can all laugh at ourselves and our sometimes silly behaviour,” added Williams.

Too Coloured? is hilariously funny and can be enjoyed by all ages.