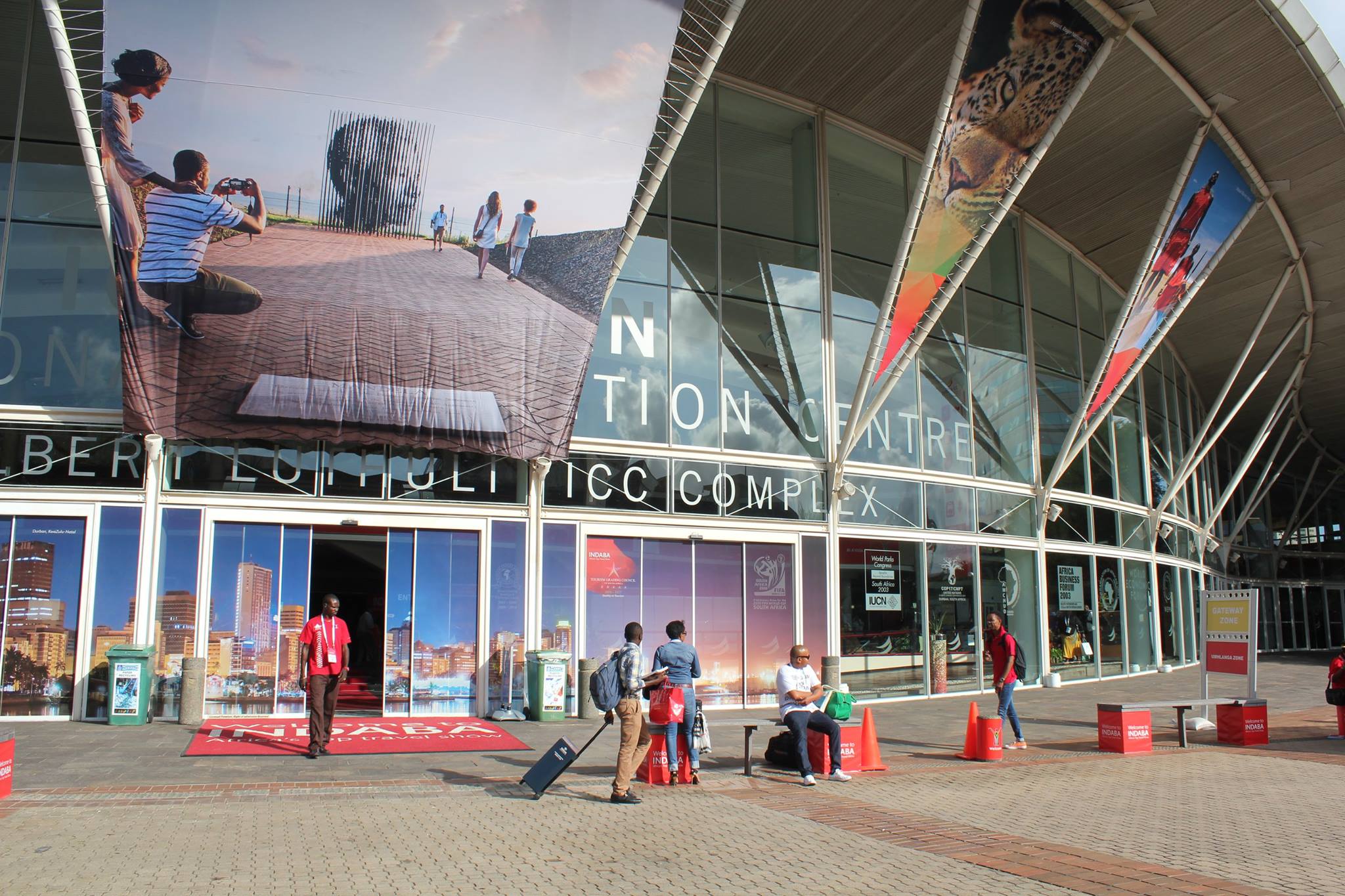 The Tourism Indaba, Africa’s biggest tourism marketing event which opened on Friday, came to an end on a high note today.
Minister of Tourism Derek Hanekom said that the African market was undergoing unprecedented growth in tourist arrivals, adding that global interest in the continent, and a growing middle class with disposal income, is driving economic growth.
Hanekom, also revealed at the official opening at the International Conference Centre on Saturday night that in the next few months, he would be announcing measures to make Indaba even more competitive.

“We will be issuing a call for proposals from prospective partners with a global reach to work with us and to expand this ship’s sailing routes,” the Minister said.
Later, in a separate interaction with the Indian media delegation, Thulani Nzima, CEO, SAT, also clarified the point that the agency wanted to “bring in a experienced third party into the environment” to help with technology, management, and international marketing capabilities. “Although SAT has done exceptionally well so far, there is a realisation that it is not our core business to organise events like this. Through this partnership we want to take INDABA to a different level,” he said.

Growth and development of tourism in the African continent was at the top of the agenda during the African Tourism Ministers roundtable discussion on the eve of the official opening of the Tourism Indaba in Durban on Friday.
The roundtable discussion, themed “Africa: Open for Tourism Business,” afforded the 13 African ministers and key tourism industry players the opportunity to discuss and debate the current state of Tourism in Africa with a view of collectively formulating solutions to grow and develop tourism on the continent.

“Today’s meeting was not only a testimony of our commitment to strengthening relationships with our African counterparts, but a positive step forward towards finding workable solutions to advance tourism within the continent,” Hanekom told journalists.
“We have to rise against these challenges, and commit to work together to address them for the future of tourism,” he said.
The African region has many assets for tourism development, but challenges to infrastructure development, visa facilitation and connectivity, and the financing of tourism development have the potential to offset that growth.

Deputy Minister of Tourism, Tokozile Xasa, praised the city for its long list of accolades, during the launch of a photographic exhibition at the Kwa Muhle Museum over the weekend.
Xasa started listing the international awards received by Durban during the past 18 months, but having got to the item “CNN named Durban as one of the world’s top 10 most underrated cities,” Xasa said: “I can’t go on,” indicating there were simply too many accolades to list.

Durban continued to be a big drawcard for domestic and international visitors, she said, citing festive-season figures. About 400 000 more tourists had visited the city than had visited the previous year.
Over the six weeks from the beginning of December to mid-January, Durban welcomed 1.45 million visitors with a total direct spend of R3.1bn and 15 492 jobs created, some of which were sustained.
We look forward to a Bigger, Better more competitive Indaba 2016 in Durban next year!