Durban ICC Does it Again! 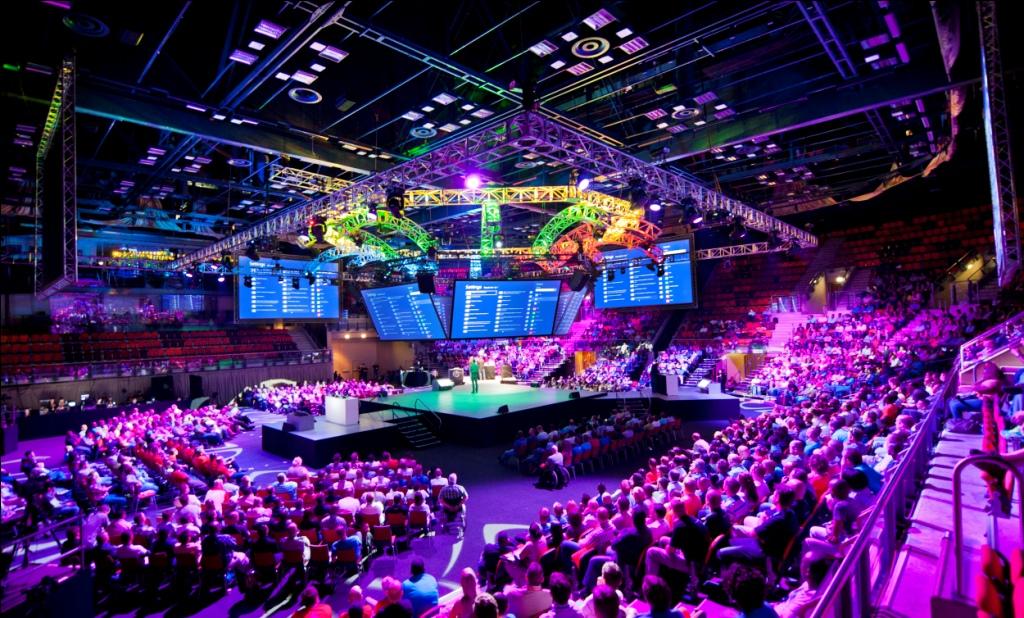 Tech Conference at the Durban ICC

Perseverance, passion and the pursuit of excellence has kept the Durban International Convention Centre at the top of its league. The Durban ICC has been voted ‘Africa’s Leading Meetings and Conferencing Centre’ at the World Travel Awards (WTA) for an unprecedented thirteenth time.

The Awesome Team at Durban ICC

Now in its 21st year, the WTA brand is recognised globally as the ultimate hallmark of quality and is renowned as the most prestigious and comprehensive awards programme in the travel and tourism industry. Each year, thousands of travel professionals worldwide cast their votes as the top organisations contend for the title in their regional divisions. The regional winners then compete head to head in a final round of voting to decide who will triumph in WTA’s World Awards – the ultimate accolade in the travel and tourism industry.
Durban ICC’s Acting Chief Executive Officer Nicolette Elia-Beissel commented, “We are delighted to have achieved this award for the 13th time and we are honoured that the Durban ICC is recognised as setting the benchmark for world-class service on the African continent. I would like to express my appreciation to all the stakeholders and clients who have voted us as the best in Africa and to the entire Durban ICC team for their tireless efforts in making sure we retain our top position.

We are also thrilled that the city of Durban was awarded ‘Africa’s Leading Meetings and Conference Destination” a title which provides global recognition and raises the profile of the destination in the international meetings industry.”
Commenting on both awards, James Seymour of the Durban KwaZulu-Natal Convention Bureau said, “This accolade once again affirms the status of the Durban ICC as one of the top convention centres in the world and the significance of Durban as a global business events destination.”

Exhibitions at the Durban ICC

World Travel Awards President Graham Cooke said, “It is an honour for World Travel Awards to recognise the Durban International Convention Centre as Africa’s Leading Meetings and Conference Centre for an unprecedented thirteenth year. This location continues to lead the field in the African meetings, incentives, conferences and exhibitions sector, welcoming tens of thousands of guests each year to its state-of-the-art facilities.”

“Following victory at the Africa and Indian Ocean Gala Ceremony 2014, the Durban International Convention Centre will now move forward to the Grand Final, this year taking place in Marrakech, Morocco. I look forward to welcoming them at the ceremony”, added Cooke.