Durban is No. 2 in the Luxury Housing Market. 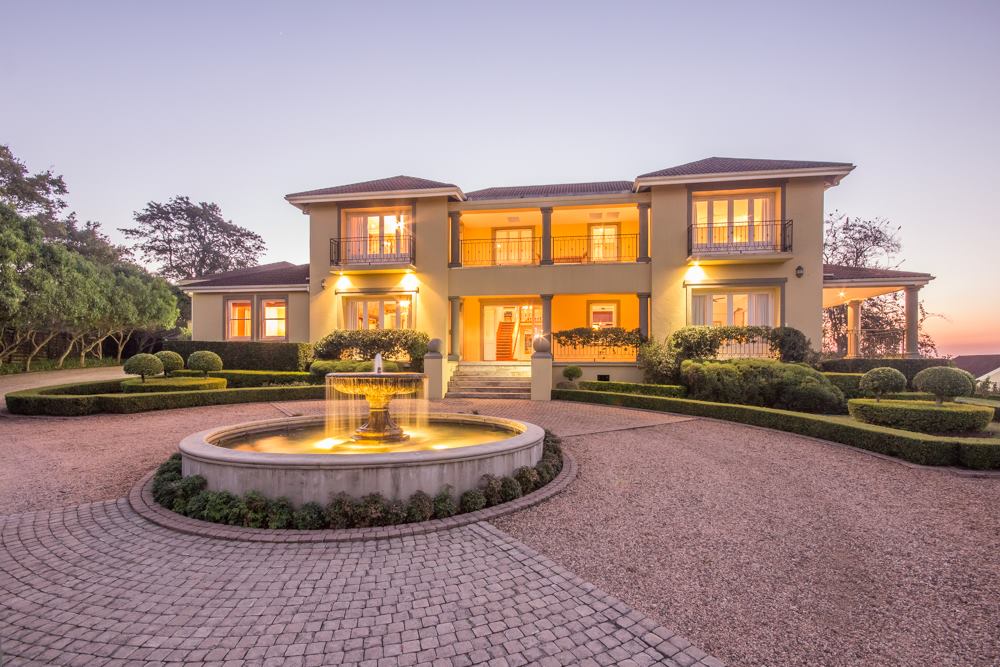 Durban certainly has been featured in some pretty impressive lists recently. From New York Times must visit cities, to the friendliest city in South Africa, Durban is finally getting the attention of the global audience.
And now it seems that Durban is not only a holiday haven for tourists and locals but a city for both locals and foreigners to invest in luxury residential property. Cape Town was at the forefront of  the luxury residential market, but according to Christie’s International Real Estate, Durban has ranked no. 2 in this recent article that has been making headlines.

Here is the article that appeared on the Luxury Defined, Christie’s International Real Estate blog:
From tax-favorable Puerto Rico to South Africa’s infrastructure-rich city of Durban, we spotlight seven emerging and resurgent luxury housing markets on the rise
With the improving macroeconomic landscape, many luxury real estate markets around the world are experiencing a resurgence in sales and visibility. Affluent property buyers have developed renewed interest and confidence in these burgeoning markets for myriad reasons, ranging from lifestyle offerings to tax incentives.
As part of our Luxury Defined white paper on the global prime residential sector, we identified seven key real estate markets—some revitalized and some emerging—that present attractive options for investment, exclusivity, and getaways in 2015.
more

Beautiful beachfront penthouse in San Juan, Puerto Rico
What defines luxury: US$1 million
$1 million+ home market: 10%
2013-2014 luxury sales growth: 105%
Puerto Rico’s prime property market has been buoyed in recent years by the US territory’s status as a tax haven. Residence in Puerto Rico means a shield from most federal income taxes, and prominent investors have been catching on rapidly since the law was passed in 2012.
“Investors have also been revitalizing resort property and developing luxury residences, signaling that the Puerto Rican real estate market is ripe with opportunity,” says Leticia Brunet Gonzalez of Trillion Realty Group.

Gracious Art Deco-style estate in Durban North, Kwazulu-Natal, South Africa
What defines luxury: US$750,000
$1 million+ home market: 25%
2013-2014 luxury sales growth: 50%
Home to the largest port on the African continent, as well as host to the 2022 Commonwealth Games, Durban is both a cosmopolitan center and a beach getaway. A possible bid for the 2024 Olympic Games has also spurred a massive infrastructure revitalization and expansion project by the city, attracting substantial interest in Durban’s luxury real estate market.
Chris Tyson of Tyson Properties cites a supply shortage in homes as well as continuing relatively low prime interest rates as factors in driving growth in the luxury property market. In addition, there is a recent trend of new homes being built to satisfy demand, making Durban an appealing investment option for 2015 and beyond.

Villas del Duque resort residences in Tenerif, Canary Islands
What defines luxury: US$2 million
$1 million+ home market: 60%
Top sale in 2014: $12 million
2013-2014 luxury sales growth: 100%
The Canary Islands have long been a favorite vacation spot and foreign direct investment target for Western Europeans. Of this Spanish archipelago’s seven islands, Tenerife has seen the most home-buying activity in the past few years.
“The majority of buyers like to purchase property on the first line of the coast,” notes Mireille Oude Lansink of ETEN Real Estate. “We see the biggest trend in 2015 being overseas high-net-worth-individuals buying investment properties between €1.5-2 million.”

The Sanctuary on the Turks and Caicos’ Parrot Cay, one of the most secluded and exclusive resort islands in the Caribbean
What defines luxury: US$2 million
$1 million+ home market: 18.5%
Top sale in 2014: $13 million
2013-2014 luxury sales growth: 25%
Long a favored luxury vacation spot and high-end resort destination for globetrotters, the Turks and Caicos Islands have seen a resurgence in private island, development, and luxury residential sales.
High-value ($10 million+) sales have been driving this upward trend, observes Robert Greenwood of Regency Ltd. With world-class beaches and investor-friendly tax laws, these attractive Caribbean islands are well positioned as an active target for international investors.

Oceanfront Basque estate overlooking the bay of Saint Jean de Luz
What defines luxury: US$2 million
$1 million+ home market: 18.5%
Top sale in 2014: $13 million
2013-2014 luxury sales growth: 25%
Ahistoric fishing town known for its quiet rhythm, charming architecture, and its art de vivre, Saint-Jean-de-Luz is an ideal vacation-home location, offering sandy beaches in the summer and skiing in the Pyrenées in the winter.
Homes for sale in the market are low in supply and highly prized. “Buyers want to buy near the coast for the lifestyle,” observes Nicolas Descamps of Côte Ouest Immobilier, also noting that prices have dipped in recent years, which presents favorable buying opportunities.

Spanish Colonial Hacienda in Santa Cruz, Costa Rica
What defines luxury: US$750,000
$1 million+ home market: 5%
Top sale in 2014: $4.5 million
2013-2014 luxury sales growth: 50%
Boasting a landscape of tropical rainforests, active volcanoes, and more than 750 miles of coastline, Costa Rica has been a top luxury resort destination for decades. With the recent completion of several upscale developments, with additional new resorts, communities, and golf courses lined up over the next five years, Costa Rica’s prime property market is a hotbed of opportunity for investors.
“With the exception of resort property, our luxury market has been almost non-existent for four years—2015 seems to be the turnaround year. The market is ripe with value, so the opportunity for buyers is great,” says Bob Davey of Plantación Properties.

Historic estate set on 35 acres overlooking Telluride’s ski area
What defines luxury: US$3 million
$1 million+ home market: 54%
Top sale in 2014: $9.3 million
2013-2014 luxury sales growth: 49%
$1 million + market: 54%
Interest in property in Telluride has grown alongside its reputation as a top ski destination. “Telluride’s recovery from the great recession began in earnest in 2013 and momentum was further enhanced in 2014 with a gross dollar sales increase of 48 percent,” according to TD Smith of Telluride Real Estate Corp.
“Values have not only returned to pre-recession levels, but have exceeded those before the downturn. Those circumstances have spread into surrounding market segments as second-home investors seek ‘perceived better buys’ thereby enhancing the overall market place.”
Source: luxury defined.com