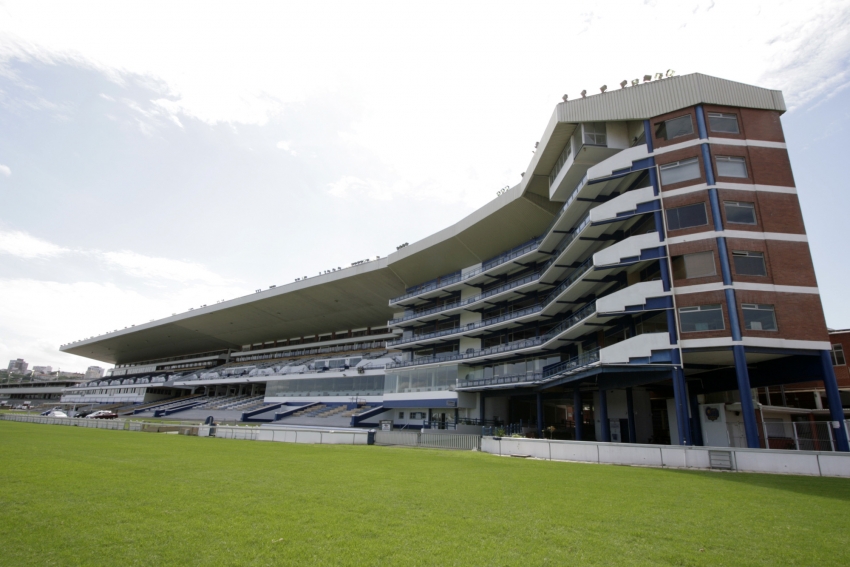 The attempt to break the Record for “The World’s Longest Dining Table” to be held in Durban.

The Greyville Exhibition and Events Company in Durban is excited to announce an attempt to beat the existing Guinness World Record for the world’s longest dining table.

Set to take place at Durban’s Greyville Race Course in March 2015, 1 200 patrons will be served on a 600 metre table within the venue’s vast complex. Participants include some of the city’s most prolific restaurants, hotels, tourism bodies, clubs and charitable organisations.
The current record was held by The ‘Dine Along the World’s Longest Table’ event, organized by the Żabbar local council, together with its Culture Action Team. This was held on 27 July 2013 at Sanctuary Street in Zabbar, Malta; at 359 metres long, the dinning table used during the event beat the previous Guinness World Records’ record of 302 metres.

Corporates, families or members of the public wishing to take part will be treated to a full day of local and international bands & musicians, as well as a menu of picnic hampers of the highest standards.
Executive Director of the Events Company, Alan Vels says: “We want to attempt something novel and unique for Durban whilst allowing the general public to experience the wealth of opportunity that the Greyville Exhibition and Events Complex offers. We will have national and international exposure of the event and will include many significant role players in the city”.
Companies or individuals are able to reserve as many spaces as they wish and restaurants, hotels and caterers will be able to reserve dining space for th
eir own clients and their personal unique cuisine.
The application for the attempt has been received by Guinness World Records and the announcement of the date will follow shortly.
The event (which could become an annual occasion) has attracted a vast amount of interest to date and persons or companies wanting to participate can contact Kim Jackson at the Greyville Exhibition and Events Company on 087 6300 128 or email kim@greyvilleevents.co.za.
Recently Durban was in the spotlight for another Guinness World Record. In September last year the IBV Supercar Club set a new Guinness World Record for the most amount of money for charity raised by a parade of supercars.  Two hundred supercar owners came together in Durban to give two hundred young orphans a once in a lifetime experience and set a new record by raising just over R1 million.

The aim was to raise the most amount of money for charity by a parade of supercars.  The novel “give-back-to-charity- initiative” was put together by the IBV Supercar club – an elite group of luxury car owners.  211 luxury cars lined up for the IBV Supercars club charity event on Sunday morning. The fast cars that lined up Durban’s Golden Mile in beautiful Durban included Ferraris, Maserati’s, Lambhorgini, Mercedes, Rolls Royce and more.
It seems like our beautiful city of Durban is not only receiving international awards but setting new world records too. GO DURBAN!!!!
Source: saconference.co.za