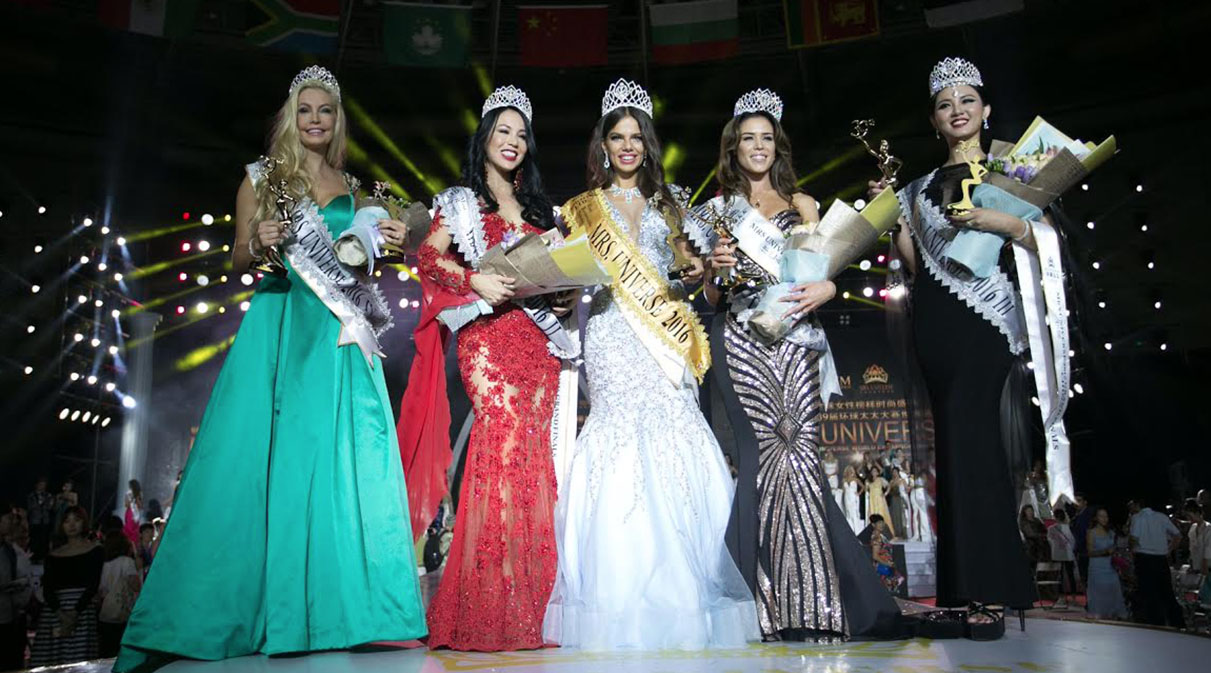 Durban is offcially the sweetheart of the African continent after clinching the rights to host the 40th Annual Mrs Universe Pageant!

Durban resident, Tracey-Anne Aggett, was crowned Mrs Universe First Runner-Up at the 2016
pageant in China in September. Tracey-Anne has been awarded the rights to host the first Mrs
Universe on African soil.
PHOTO: KZN Media & Communications.

It will be all eyes on our coastal city as it’s a first for the continent to host this glitzy and prestigious event. Mrs Universe 2017 will see women from 84 countries jetting in to take part in the World Final at our beloved People’s Park, Moses Mabhida Stadium on the 2nd of September 2017.
Durban has 9 days to wow the entire universe as each contestant will bring along family, supporters and media who will stay in Durban for the build and complete duration of the pageant.
As a diverse and colouful city, tourism on our shores will be at an all time high. Contestants will tavel across the province and get involved in activities like visiting cultural attractions and Durban’s tourist hotspots, stepping out in their swimsuits for East Coast Radio’s First Swim of Spring, and putting their heads together at a business strategy workshop that is aimed at increasing inbound trade and tourism to South Africa.
These bevy of beauties are more than just that, a huge part of the pageant will focus on CSI programmes that will ensure, Mrs Universe 2017 leaves an indelible mark on Durban.
The contestants will be engaging in various initiatives to raise funds for Verulam-based LIV Village for orphaned and vulnerable children, facilities that support abused women and the Cancer Association of South Africa (CANSA). They will also visit local schools to engage with young women and girls about the importance of education and self-development.
The Mrs Universe pageant will also showcase local artists, dancers and entertainers to a worldwide audience and provide a global catwalk for local fashion designers to exhibit their unique creations.
Durban resident and Mrs Universe 2016 first runner-up, Tracey-Anne Aggett will be the Mrs Universe 2017 Hosting Director.
We cannot wait to host the rest of the universe and welcome them to our bright and beautiful city!
For more information visit www.mrsuniverse2017.co.za
By: Lisanne Lazarus