Durban’s very own majestic Coedmore Castle, in the Middle of Yellowwood Park! 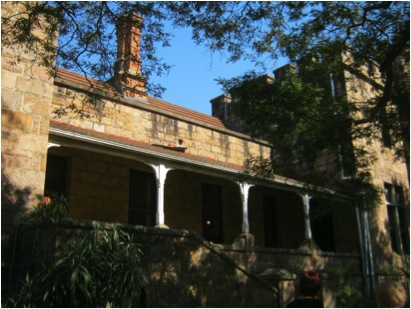 By I Love Durban
Awesome

Durban’s very own majestic Coedmore Castle, in the Middle of Yellowwood Park!

Tucked away in the heart of the Kenneth Stainbank Nature Reserve, surrounded by giant Yellowwood trees, is Coedmore Castle, a gracious old stone homestead built over 125 years ago.

Coedmore Castle built by Dering Stainbank in 1885 as a family home, is situated in the Kenneth Stainbank Nature Reserve, an easy 20-minute drive south of Durban.
This 253 hectare ‘Green lung’, home to many species of antelope, zebra and abundant birdlife, was donated by Kenneth Stainbank to the people of South Africa over 50 years ago and is currently managed by Ezemvelo KZN Wildlife.

Coedmore Castle has remained in the family for 4 generations, and contains many of the original household contents including furniture from the 19th century, old family portraits and antique silverware.
Although donated to the state by Kenneth Stainbank, the family currently manages it. It is now open to the public for Guided Tours, School Outings and Hire of the Grounds.