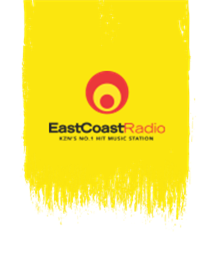 By I Love Durban
Awesome, Competition, Durban, Entertainment, Music, Things to Do, Win

After conducting a market study and music test, East Coast Radio confirmed that music is the main reason why people tune into radio stations. While East Coast Radio is still KZN’s number 1 hit music station, ECR plans to get even better, by putting the music the station plays in the hands of the listeners. East Coast Radio has decided to launch a campaign that will make sure that every listener’s music taste and preference is represented – this will encourage more people to tune in and by playing more music, East Coast Radio is confident that they will achieve this.

East Coast Radio’s Programme Manager, Zane Derbyshire announced the news on East Coast Breakfast this morning. “We have invested a lot of time, effort and money into making East Coast Radio the premium brand it is today. We would like to give our people what they want. That’s why we’ve decided to include our very loyal listeners by allowing them to choose the music that we play on the station. We want everyone to come to the party”, said Zane Derbyshire.

The 28-day ECR Music Makeover was launched on the 4th of February 2019 where listeners will be given the chance to dictate the playlist via ecr.co.za or at one of the ECR Music Maker Chill Zones.

The ECR Music Maker Chill Zone will pop-up at various parts of KZN where listeners will get a chance to vote for their favourite songs at a live voting station. They will also get an opportunity to experience KZN’s No1 Hit Music Station by interacting with popular presenters. The activation feature’s surprise performances and prize giveaways during the month of February.

“This is only the beginning for us and we are excited to hear from our listeners. We want to paint KZN yellow by travelling across the province on the ground to ensure that we get everyone voting in our 28 Day Music Makeover. For East Coast Radio this is an exciting new campaign and we are eager to see where this takes us.” said East Coast Radio’s station General Manager, Boni Mchunu.

Follow East Coast Radio on all social media platforms for the latest updates on where the ECR Music Maker Chill Zone will be popping up.

Be a part of the trend by using #ECRMusicMakeover and visit ecr.co.za to vote for your playlist and win your share of R200 000.