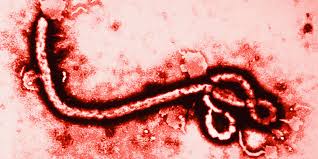 The National Institute for Communicable Diseases (NICD) denied a claim today that a South African man has contracted Ebola.

“This is not correct. A South African man who worked as a fleet manager in Sierra Leone got anxious [upon his return], and was referred to Addington Hospital [in Durban],” NICD public health, surveillance, and response head Lucille Blumberg said.
“In fact, he did not go [to the hospital], as he did not fulfil what we call a ‘suspect for Ebola’. There was no indication – he never had a risk and there was no suspected case.”
Following media reports this morning of a suspected Ebola patient in Durban, there has been confusion and conflicting reports. Some of the conflicting reports include the patient absconding, to tests never being conducted. This is creating unnecessary panic amongst people.
After posting the article on the I Love Durban Facebook Fanpage, one fan Cathy Du Plessis said her son was there when the patient was brought in:
Cathy Du Plessis “My son was at the Addington hospital when the patient was brought in.”
Cathy Du Plessis “He said he was very worried and so was some other people around. He does not know what happened though after they did tests, cos he then left. But they were terrified, cos he was sitting amongst them although he had a mask on. Still, you can never be to careful.”
As per the NICD website www.nicd.ac.za, this is what appears on their website as an official statement:
“The KwaZulu-Natal man was never admitted or tested at Addington hospital for Ebola. He did not fit the case definition for Ebola Virus Disease. He is a fleet manager for a company in Sierra Leone with no risk of exposure.
He complained of a fever and was referred to Addington hospital. He then decided that he wasn’t feeling sick after all, was just worried and wanted to have an Ebola test done just to be sure. No test was done eventually and the man was not admitted to Addington hospital.
The National Institute for Communicable Diseases did not receive any specimens to be tested for Ebola.”

Here are the Facts about Ebola.

According to Wikipedia, the Ebola virus disease (EVD; also Ebola hemorrhagic fever, or EHF), or simply Ebola, is a disease of humans and other primates caused by ebolaviruses (EBOV). Signs and symptoms typically start between two days and three weeks after contracting the virus as a fever, sore throat, muscle pain and headaches.

Then, vomiting, diarrhea and rash usually follow, along with decreased function of the liver and kidneys. At this time some people begin to bleed both internally and externally. Death, if it occurs, follows typically six to sixteen days after symptoms appear and is often due to low blood pressure from fluid loss. The virus spreads by direct contact with blood or other body fluids of an infected human or other animal.
Infection with the virus may also occur by direct contact with a recently contaminated item or surface.Spread of the disease through the air has not been documented in the natural environment.[EBOV may be spread by semen or breast milk for several weeks to months after recovery. Control of outbreaks requires coordinated medical services, along with a certain level of community engagement. The medical services include: rapid detection of cases of disease, contact tracing of those who have come into contact with infected individuals, quick access to laboratory services, proper care and management of those who are infected and proper disposal of the dead through cremation or burial.