From cancer to Kilimajaro: how a Durban dad conquered both in six months 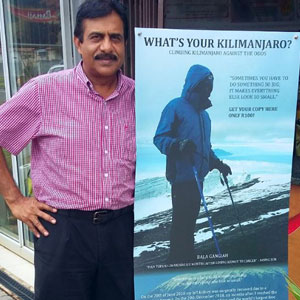 DURBAN: A shocking diagnosis just over a year ago, turned out to be the greatest motivator for retired Durban project engineer, Bala Gangiah. The 57-year old Durban dad discovered he had cancer in May 2018. “Nothing can motivate you more than having a second chance in life,” explains the Durban North resident. Exactly six months after losing his kidney to cancer, Gangiah conquered Africa’s highest peak, Mount Kilimanjaro, in a triumphant show of resilience, endurance and tenacity. For someone used to conditioning his body for remarkable feats – he has run 20 marathons, five ultra-marathons and has trekked to Everest Base Camp – the cancer diagnosis delivered a hard blow to Gangiah. “It’s never easy to put into exact words how you feel when the news is broken to you. What I can recall is that beside the shock, I asked myself if my house was in order so my family could continue as normal because you immediately associate cancer with death. Next, my mind scanned through all the things I wanted to do but never got down to, and the first thing that came to mind was that I had not climbed Kilimanjaro.”

Gangiah lost his left kidney to cancer, and doctors confirmed he had a cyst in his other kidney which could, over time, turn out to be malignant too. To cope, Gangiah consciously shifted focus from cancer to Kilimanjaro, making climbing the mountain in Tanzania his biggest goal. “The fear of not climbing Kilimanjaro was a thousand times greater than the fear of climbing it I was going to get to the top or die trying. I was given this body at birth and no way was I going to give it back half used.” So began a journey of extraordinary inner strength and mind power. Gangiah mastered his mind so he could turn a challenging situation into a positive outcome. He has written a book, What’s Your Kilimanjaro?, about how he conquered cancer and, just six months later, the highest mountain in Africa, aiming to inspire others who are also facing what appears to be insurmountable challenges in their lives. His efforts were acknowledged when he received the #IAmResilient Cancer Warrior Award last month (29 June 2019) along with 19 other warriors.

Gangiah, who has been cancer-free for more than a year now, says the experience has helped him understand how our body and mind functions and our relationship with the Universe. He believes that this understanding helps ordinary people accomplish the extraordinary, simply by moving beyond body-mind limitations. It is this message of empowerment that prompted him to write about his experience to give hope to those who have lost hope. “We all have a Kilimanjaro to climb; sometimes it’s just to get out of bed in the morning. Sometimes it’s to do what you have to do because it’s the right thing to do. Sometimes it’s to do what you have to do because your life depends on it. Sometimes it’s to actually climb Kilimanjaro; and sometimes it’s to climb it against all odds. There are some instances in life when you have to do something so big, it makes everything else look so small.”

As someone who has not only faced a mountain of challenges but has conquered one too, Gangiah’s overall advice is simplify, standardise and enjoy life. “As we all strive to earn more, we must do so to be free and not imprison ourselves. Spend your money on experiences and not things. It’s the depth of life that matters and not the length of it.” Gangiah, who has written three previous books, is also a qualified NLP life coach and has been teaching people about the psychology of achievement and wealth creation for the past seven years.

For interviews with Bala Gangiah, kindly contact Anisa at media1@anisaussuph.com 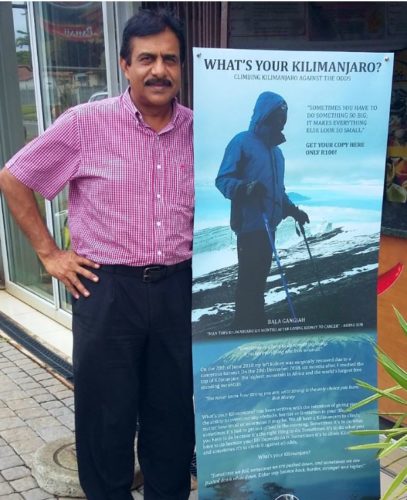 At Africa’s highest peak. Durban dad, Bala Gangiah, celebrates his climb to the summit of Mount
Kilimanjaro, six months after losing his left kidney to cancer.
2: Gangiah, a retired project engineer, had always dreamt of conquering Kilimanjaro and says the
cancer diagnosis merely motivated him to achieve the goal. 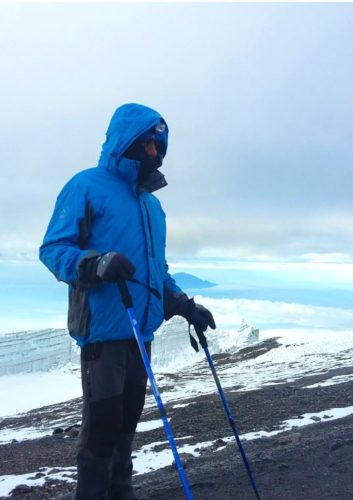 Just weeks after having lost a kidney to cancer, Durban dad, Bala Gangiah, began training
intensively for his goal to summit Mount Kilimanjaro. While the training was physical, Gangiah had
to master his mind to turn a challenging situation into a positive outcome. 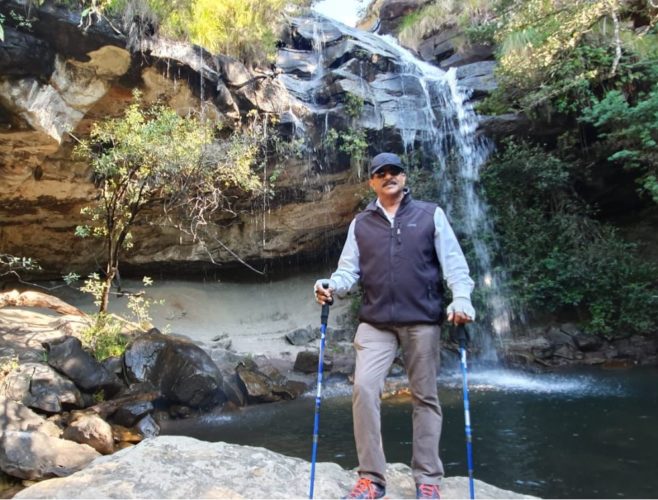 Gangiah is no stranger to physical accomplishments. He had run 20 marathons and five ultra-
marathons and, pictured here, climbed to Everest Base Camp in the Himalayas before being
diagnosed with cancer. 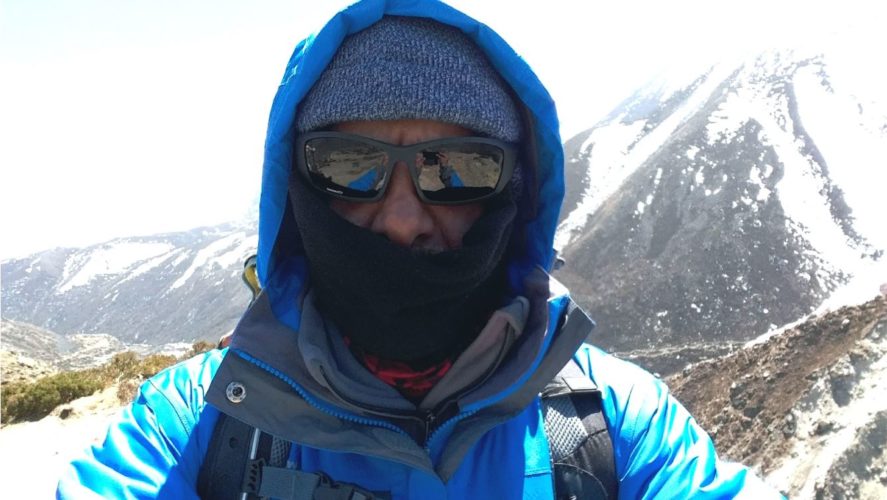 Bala Gangiah’s inspirational book, What’s Your Kilimanjaro?, was launched at Articulate Africa
Book and Art Fair at the Durban Exhibition Centre in April this year. 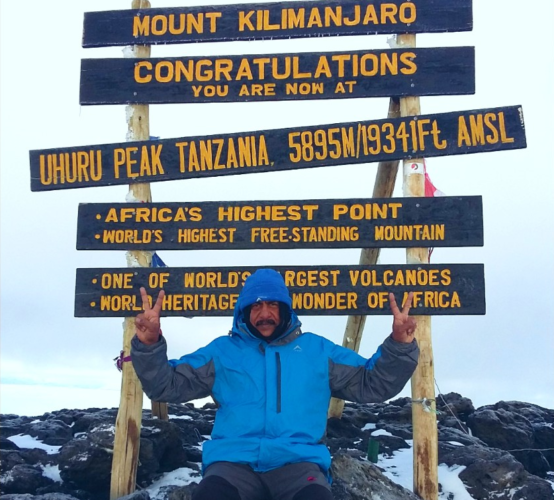