Durban to get an 88-storey Iconic Tower. 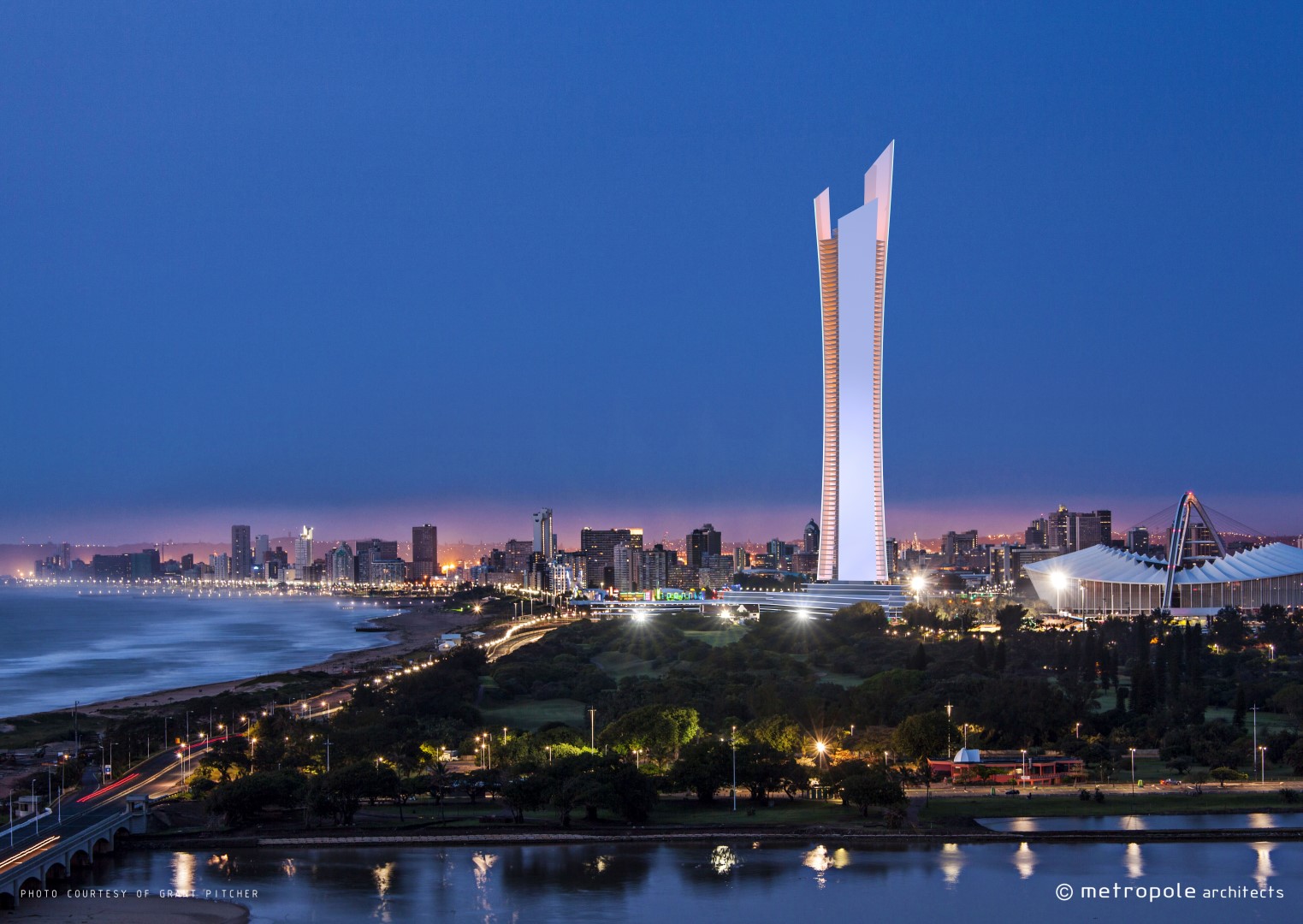 The skyline and landscape of Durban is set to change with several major developments in the offing over the next few years. The City unveiled these plans at the recent Tourism Indaba, which will play host to for the next five years. One of the projects includes the installing of an 88-storey Durban Iconic Tower. The R7.3-billion mixed-use project will be situated on the Durban Country Club.
The development will include a retail mall, commercial office space, apartments, sporting facilities, a museum, as well as a 4-star and 6-star hotel. The tower component of the development will also have a Michelin star restaurant with a public viewing deck at the top. The four year construction period will start in January 2019 and will be completed by December 2022.

Nigel Tarboton, one of the directors of the Durban tower development company said there will be 84 levels above ground, with four below ground.
“The iconic and futuristic form of the building embodies the progressive attitude of the City of Durban, demonstrating confidence and a hope for the future. The location of the building on the Durban Country Club World Championship Golf Course lies within an established sports precinct road network and historical buildings,” he said.
“The relationship to the World Championship Golf Course, the proximity to the Moses Mabhida Stadium and the link to the beachfront promenade has also informed the way in which the building is orientated and how it engages with the surrounding precinct.”
One of the other announcements included the extension of the Durban promenade by three kilometres as well as an extension to uMhlanga’s Beverly Hills Hotel.
Source: northglenews.co.za