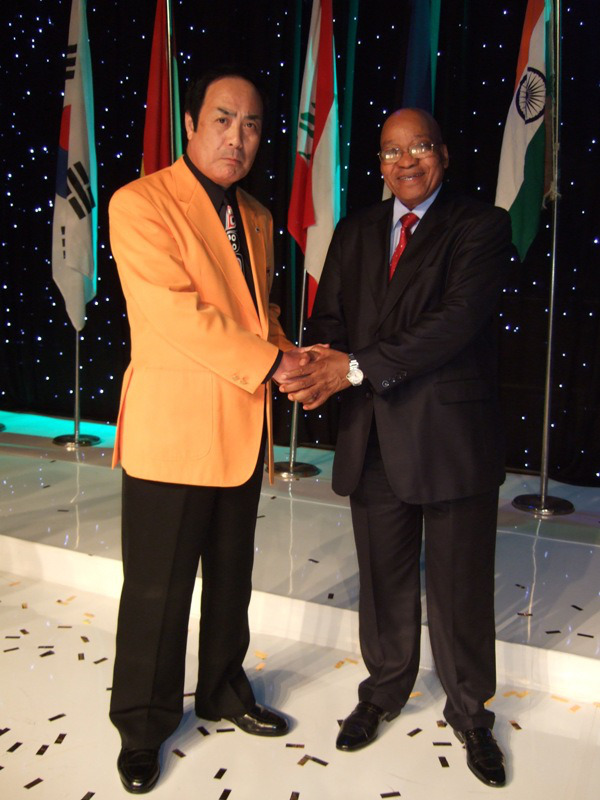 President Jacob Zuma is to open the fourth Karate World Cup tournament on Saturday, the presidency said in a statement on Tuesday.
The tournament is hosted by the International Karate Organisation Kyokushin Kaikan – IKO Matsushima (IKO), and will be held on the 6th and 07 September at the chief Albert Luthuli International Convention Centre in Durban. This is the first on the African continent.

As South Africans we are very proud of the late Shihan Sabela and Branch Chief Khanyisani Mazibuko for all their efforts made to finally bring the IKO World Cup to South Africa. They have brought a great honour to South Africans and the African continent in its entirety.
The presidency said that South Africa welcomes the decision of the IKO to host the competition in the country.
“Government seeks to promote karate as a sport to the youth given its benefits in instilling self-discipline, self-defence, focus and also in promoting social crime prevention,” the statement said.

Kyokushin Karate is Budo, and involves full contact rules in order to seek true strength. However, is it not only seeking an aspect of strength to be a tournament winner, but also seek, through hard training, the way of life as a human being. Learning the importance of this, to assure actions are based upon faith and to make large efforts to enhance the level of moral human nature. Today, the organization has 120 official branch chiefs and representatives in over 60 countries.
The tournament, which is held every four years, will take place on September 6 and 7 in Durban, and will mark the first time the tournament will be held in SA.