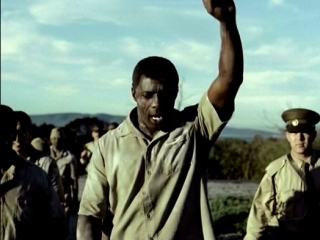 As South Africa prepares to celebrate the first anniversary of Madiba’s birthday since his passing in December last year, there will be many fitting tributes to honour our country’s greatest statesman and the father of our nation. One such event will be a FREE screening of the phenomenally successful film, Mandela: Long Walk to Freedom, produced by Anant Singh.
Ster-Kinekor Theatres, in partnership with the producers of the film, Videovision Entertainment, The Nelson Mandela Foundation and distributor, United International Pictures (UIP), is offering a free public screening across 31 of its cinemas for the first show of the day on Friday, 18 July, at 09:45.
As seating is limited, members of the public who would like to see the film are encouraged to collect their free tickets (maximum of two tickets per person) at the selected cinemas (as listed below) on Friday, 18 July, from 09:00. Tickets will be issued on a first come, first served basis.
Says Fiaz Mahomed, CEO of Ster-Kinekor Theatres: “Ster-Kinekor is extremely proud to be associated with this initiative to celebrate and commemorate the life of a truly global icon who was revered the world over. Mandela: Long Walk to Freedom is a fitting tribute to our beloved Madiba and former President, and I would urge all South Africans to take some time out on the morning of 18 July to go and watch the film.
“His life lessons, and all that he stood for, need to be shared. For this reason, and together with our partners in this initiative, we are honoured to bring the film back on his birthday. We hope that audiences will leave the cinemas motivated to serve others and our country more readily.”
Producer Anant Singh says: “We are delighted to partner with Ster-Kinekor, the Nelson Mandela Foundation and UIP to make our film available to the public at no cost. We trust that the film will make an impact on the audience and inspire them to follow in Madiba’s footsteps and emulate his example as a servant leader.”