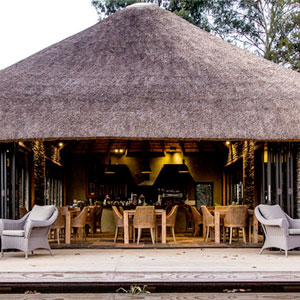 By I Love Durban
Awesome, Durban, Entertainment, History, News, Things to Do

There’s an old saying in these parts that within the bosom of most South Africans there resides a small farmer and a tiny hotelier. While that’s true of so many of us, the reality is that in Hartford’s appointment of its new General Manager, Maretha Langenhoven, besides the “little farmer”, she’s a mighty big hotelier. In a career thus far dedicated largely to hospitality and entirely to service, Maretha joins us with a wealth of experience in the hotel trade and comes with the commendations of some of hospitality’s most admired professionals. Her CV speaks of the celebrated establishments Singita Ebony and Boulders, Intercontinental Sandton Towers and The Beverley Hills, Umhlanga. She steps into the shoes, as most of our customers know, of Frank Rubino, who joined us a while back with the specific intention of bedding down our recently installed systems and bringing the team to a new level of technological competence. Like Frank, Maretha’s most recent history traces to a hotel we’ve long been associated with, The Beverley Hills, one of Durban’s grand old dames.

In her announcement of Maretha’s appointment, the hotel’s co-founder, Cheryl Goss explained: “It’s never been Hartford’s policy to seek out the obvious in our endeavors to find the finest staff our money can buy. We’ve always looked for people with the potential to be exceptional, and that policy has served us well. Remembering that we are one of the remotest of South Africa’s leading boutique hotels and that our restaurant has enjoyed the admiration of the length and the breadth of the world through the exploits of Richard Carstens (South Africa’s No.1 chef), Jackie Cameron (South Africa’s leading female chef, on whose watch the restaurant was recognized by The Wall Street Journal among the top three country eateries in the world), and Tijn Hahndiek (whose craft at Hartford was acknowledged by its ranking at the top of 5 South African eateries in San Pellegrino’s “World Top Fifty” restaurants), we believe we have another gem in young Matthew Armbruster, who is cooking up an entirely new storm at the moment. In that same vein, recalling Maretha’s history in the trade and the people who’ve endorsed her talents, we know she’ll bring another dimension again to the foundations already laid in the guest experience here”.

Maretha, who is married to Hanno with two lovely kids in Janno and Unathi, is quick to add “I’m so fortunate to join a team of passionate investors and staff whose only measure of their standards is the pursuit of excellence. There are so many opportunities for signature moments on this property, quite unique to the hospitality world, created not only by the offerings of the neighbourhood as a whole, but by one of the most beautiful farms on the continent. I have made it my challenge to ensure that every guest departing Hartford and the greater Summerhill estate, leaves with a sense that they have trodden the path less-travelled, and that if all they do in honouring their visit is to return again, we’ll know we’ve done the job we were expected to”.

It’s a truism that Hartford House is “the only World class hotel on a World class stud farm in the World”; it stands apart for its authenticity; its architecture and views, dining, sounds and scents, while its racehorses and its people are all exhilarating surprises, unique to this Zululand, to this culture, to Africa.