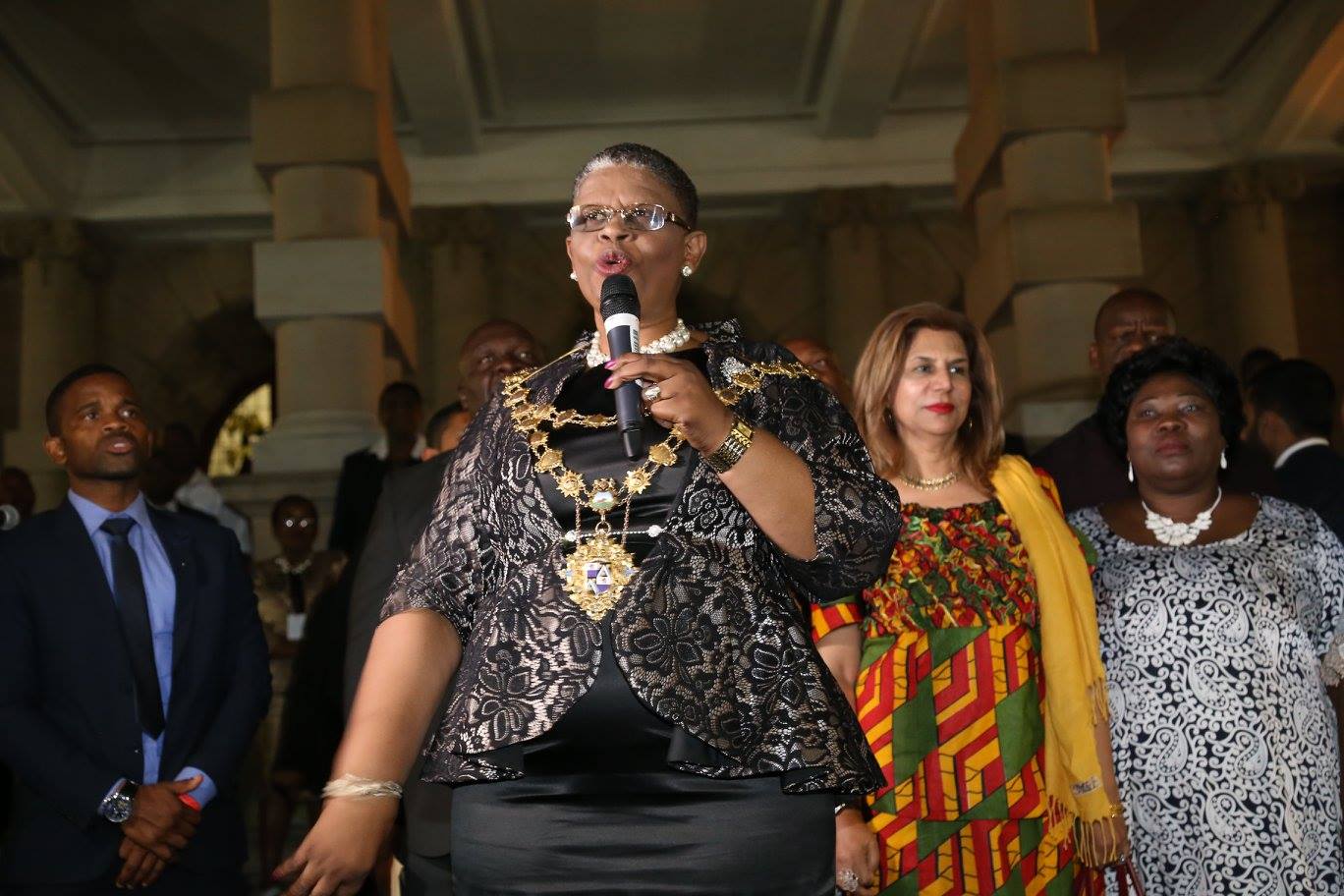 Newly elected Mayor of eThekwini Municipality Councillor Zandile Gumede has vowed to drive a corruption free City and raise the bar in service delivery, through implementing high-impact interventions that will benefit residents.
Gumede made the comments during her maiden speech, at the inaugural Council sitting for the 2016-2021 term of office which was held on 23 August at the Durban City Hall.
“Our task, as the newly elected Council, is to consolidate and accelerate what has been achieved. We must reach for new heights and raise the bar through interventions that will change our City for the betterment of our people,” she said shortly after being sworn into office.
Gumede also tasked City officials to continue to get the basics right.
“Our streets must be clean, roads must be without potholes, waste must be collected weekly, our street lamps must work, households and businesses must have regular power supply, issues of health and safety must be addressed and water and sanitation are also in our list of priorities,” said Gumede.
City Manager Sibusiso Sithole presided over the swearing-in of the 217 councillors and the election of Council Speaker William Lekgoa Mapena, after which Mapena took over the reins and presided over the election of the Mayor, Deputy Mayor Fawzia Peer and the Chief Whip of Council, Nelly Nyanisa.
Speaking about Council’s service delivery achievements to-date, Gumede said eThekwini Municipality has a good service delivery track record and has received many accolades.
“Despite these accolades we cannot live on past achievements,” she stressed.
She said several projects were underway to improve people’s lives for the better.
These include the multi-billion rand northern and western aqueduct projects which will ensure a steady supply of portable water in these areas. She also urged residents to save water as KwaZulu-Natal currently faces drought.
“Similarly, the integrated rapid public transport system will provide a reliable and efficient public transport service to communities which has a direct impact on the City’s economic growth. Lastly, the R25 billion Cornubia mixed-use human settlements project will directly improve the shortage of housing in our City,” she added.
EThekwini has grown from 103 to 110 wards. “Urbanisation is causing our City to burst at the seams. We need to have a clear plan to eradicate the slums by relooking our housing models,” said Gumede pledging to ensure that all new houses comply with the National Home Builders Registration Council standards.
Gumede also said the City will continue with its zero tolerance stance against land invasions and that the City would look into its housing allocation policy to address the needs of the poor.

With regards to the roads network, Gumede said GO Durban, was progressing well but the City needed to unlock more opportunities especially around job creation through its supply chain policies.
Still on transport, Gumede said Council was devising a plan in consultation with national and provincial government, to provide a sustainable solution for the running of the Municipal buses.
Also high on Gumede’s list of priorities is ensuring that the City continues to run efficiently, adding that aanyone who transgresses good business principles with the City will face the full force of the law.
Gumede also reassured business that the City was committed to building a globally competitive investment destination, having set up a One Stop Shop for investors and developers that will facilitate all catalytic projects.
In due course, she said the City will convene a Mayoral Lekgotla to provide political direction its plan for the next five years, guided by the National and Provincial priorities of government.
Mapena said being elected as the Speaker was an honour and a privilege, saying he would do his best to avoid conflict.
“Our main objectives will be to deliver services in an efficient manner as well as to prepare our City for the upcoming Commonwealth Games in 2022,” he said.