Moments After These Selfies Were Taken, Disturbing Tragedy Struck. 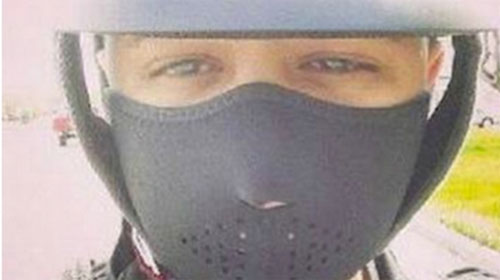 By I Love Durban
Viral

Some day, when you die, there will be a last photo of you floating out there somewhere. It’s crazy to think that some of those last photos were taken by the subject themselves, but that’s what happened to these people in a series of tragic events.
No matter where you stand on the issue of selfies, it’s clear these are all terrible events. Not all of these people put themselves at unnecessary risk for a cool picture, but a few did and that makes it even worse.
After these photos were taken, the most terrible thing happened…

Jadiel took this final picture of himself moments before a motorcycle accident claimed his life.

After a drunken night with friends Oscar posed with a gun and tried to take a selfie. The gun accidentally went off, killing him.

A Polish couple vacationing in Portugal fell to their deaths while taking selfies at the cliffs of Cabo Da Roca pictured above.

Karen was trying to take a selfie near the El Tunal river in Mexico. Instead she slipped and fell into the river, drowning.

These two women crashed their car while trying to shoot a video of them singing. Luckily they survived the crash, and even took another selfie en route to the hospital.

Earlier this year a 21-year-old man in Jaén, Spain was electrocuted and killed after climbing onto the top of a train to take a selfie.

The two took this photo right before the takeoff of Malaysian Airlines flight MH17, which was shot down with no survivors over eastern Ukraine.

Mexican pop star Jenni Rivera took this picture with her crew right before takeoff. Their private jet crashed and killed them all.

These two friends were headed to a bachelorette when this picture was taken. Not a minute later they were struck, and Collette was killed in a head on collision.

Courtney Sanford took this photo right before getting into a fatal car accident. She had been listening to Pharrel Williams’ song “Happy.”

This 17-year-old Russian girl lost her balance taking a picture on a bridge. She fell on a cable and was fatally electrocuted.

It’s disturbing to see the last images of anyone before tragedy strikes. Hopefully, these pictures helped friends and family connect with the victims. Tell your friends not to take crazy risks for the sake of a selfie. It just isn’t worth it.
More people should realize not to endanger themselves for the sake of a photo.
Credit: ViralNova