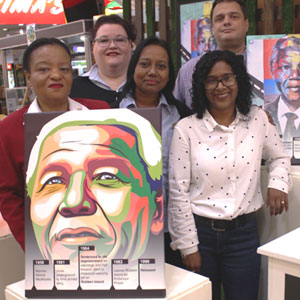 By I Love Durban
Awesome, Competition, Durban, History, Shopping, Things to Do, Win 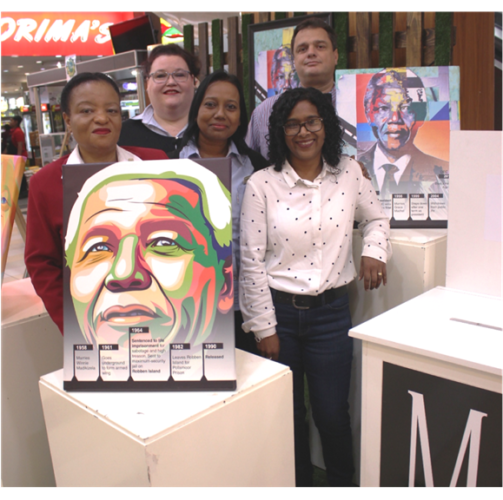 Musgrave Centre is currently hosting a Mandela Day Exhibit, throughout the month of July, marking the 10th anniversary of Nelson Mandela Day which is celebrated all over the world. The display includes a number of  factual information to the “father of our nation”, and is certainly a must see for all shoppers.  The activation backdrop is created out of a wooden structure designed to symbolise the bars of Madiba’s prison cell. The wooden sections represent how tough his life was through his many years in incarceration, and the turf (grass) represents the freedom and building a better South Africa for all that he fought for throughout his life.

Each image has a timeline printed below of the many things that he has achieved in his life, from birth to his death.

On Thursday, July 18th on  Mandela Day, Musgrave Centre will be going to Clayton Primary School with representatives from Pick n Pay and will be doing a handover of a snack pack for all 562 learners as well as sponsor five learners  school fees for 2020. In addition to the handover, there will be lots of fun entertainment for the kids including that of a DJ, Magician and competitions for the kids to win awesome prizes.  The centre also has a donation box at the centre where shoppers can contribute by donating canned good, stationery and non-perishables at the exhibit outside of the Pick n Pay store.