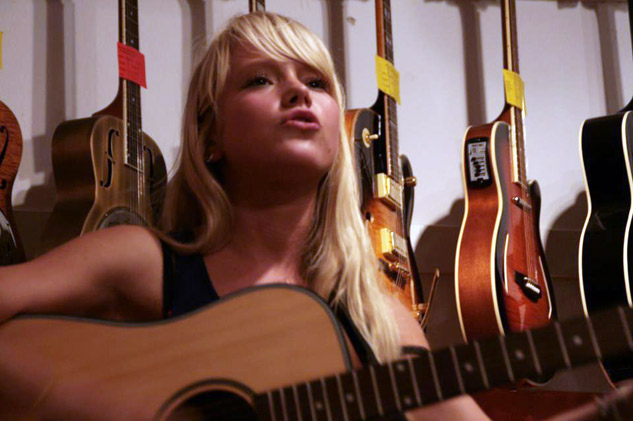 South African Street Muso Alice Phoebe Lou is Singing, And The Whole World Is Loving Her!

Alice Phoebe Lou hails from a little town called Kommetjie in the Western Cape. She had  always wanted to see the world, so after finishing school she packed up her things and traveled through Europe. Little did she know how much the world would want to see her!
Finding herself in Germany with just 500 euros to her name she followed suit with other street musician, and performed her music on the streets of Berlin.Known for her haunting voice, this barefoot singer won many fans over when she let go of her inherent shyness and sang her heart out to her small audience.

Singing For Your Soul

“I could play some chords, and I’d been composing a couple of songs, so I went to the subways and I started playing,” she says. “Why be shy when you can just be open and enjoy it?. And as soon as you start enjoying it, the people around you start enjoying it…and you start making a bit more money, a few more connections!”
Soon Alice’s talent led her to  perform on stage at last month’s TedX Talk in Berlin. After the speakers had finished she played a selection of songs, including ‘Girl on an Island’ which she composed herself. Hoping that these songs would be cathartic for the audience to help them “process” what they’d just learnt, this was the start of her viral success as millions watch her performance on Youtube.


Staying True To Her Roots

Making people feel better is what drives this growing superstar, and staying true to her beliefs she continues to do her barefoot street performances making people smile.

Winning The Hearts Of Millions Across The World

A rare and beautiful soulful singer, she feels “obligated to use her music to improve a persons life. She was quoted saying, “It’s like my social obligation to busk actually!”
Although she laughs that people may not take her seriously as she performs barefoot and on the street, we believe that this young lady has enough heart to win over millions more.
She plays every Sunday in the historical Mauer Park where the Berlin Wall once stood and will be performing in New York later this month.

South African’s will be treated to her opening the show for the Lumineers in December.
We love to hear about our fellow South Africans doing so well in the world. Support this local talent by reading more on www.alicephoebelou.com