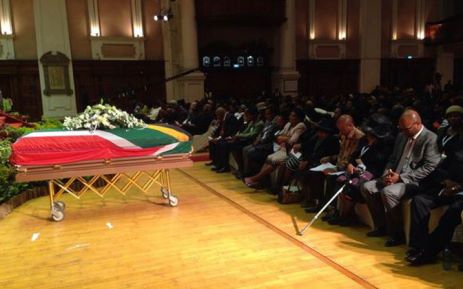 The Story of a 50 year Journey to return home to Durban.

Journalist Nat Nakasa’s family say they’re relieved to be able to rebury him 50 years after trying to get his remains transported back to South Africa from the United States.
The Durban City Hall is packed at this hour as family and friends pay their last respects to him at a special reburial service in Durban.
Guests included Inkatha Freedom Party leader Mangosuthu Buthelezi, KwaZulu-Natal premier Senzo Mchunu, numerous well known local personalities and Nakasa’s family. Arts and Culture Minister Nathi Mthethwa was expected to give the key note address.

Nat Nakasa – Yearned to Return Back Home to Durban

Who is Nat Nakasa?

Nathaniel Ndazana Nakasa (1937 – 1965) better known as Nat Nakasa was a South African short story writer and journalist.
He was awarded a Nieman Fellowship in 1964 to study journalism at Harvard College in the USA. However, the apartheid government rejected his application for a passport. As a result, he was forced to leave South Africa on an exit permit which meant that he could not return.
Nakasa soon found that racism existed in America as well, albeit more subtle. Nakasa didn’t like New York and soon moved to Cambridge, Massachusetts where he spent his time at Harvard steeped in the somber business of education.
Although he learnt a lot, he was isolated and became homesick. He became depressed at being exiled and died after a fall from a high rise building in New York.

A Biography of his Life

He wrote articles for several newspapers after leaving Harvard, appeared in the television film The Fruit of Fear and was planning to write a biography of Miriam Makeba. But two days before his death he told a friend, I can’t laugh anymore and when I can’t laugh I can’t write.
As it was not possible to bring his body home, he was buried at the Ferncliff cemetery in upstate New York.

Nat is Finally Home in Durban

His remains were returned to South Africa on 19 August for reburial on 13 September 2014 near his childhood home in Chesterville, a township outside Durban. “This will hopefully bring closure to a horrific chapter that has remained a blight in our history for almost 50 years. His homecoming is the restoration of his citizenship and dignity as a human being,” said Nathi Mthethwa, South Africa’s minister of arts and culture.“
Veteran South African journalist Joe Thloloe says Nat Nakasa agonised over his decision to leave South Africa in the mid-1960s, but in the end chose freedom over being banned by the apartheid government.   “Being exposed to freedom is such a treasury that if you compare it with staying here and remaining under chains, you would rather take up the freedom.”   Thloloe worked with Nakasa at the iconic Drum magazine.  Columnist and author, Fred Khumalo says Nakasa could not have refused the Nieman Fellowship, given that it’s one of the highest honours for a journalist.

“It’s a zenith of one’s career as a journalist when you get the Nieman Fellowship. It’s the Grammy Awards of journalism, or even the Oscars, it’s everything.”
He was forced to leave the country when the nationalist government refused to allow him a passport after he was awarded the Nieman Fellowship at Harvard University.
He committed suicide in New York after being refused to return to South Africa.
The quest to return the exiled writer’s remains to South Africa has been ongoing since his death at the age of 28, but bureaucratic hurdles and a lack of funds have stymied attempts over the years.
Almost 50 years after being buried in a cemetery abroad his remains were returned home. 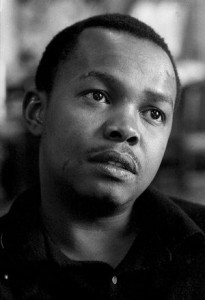 Nat Nakasa – Yearned to Return Back Home to Durban

Today, the ceremony was preceded by a procession of his coffin through Chesterville in Durban, where Nakasa originally came from. Later today, Nakasa is expected to be buried in Chesterville’s Heroes Acre. Anti-apartheid journalist Nathaniel Nakasa’s remains arrived at Durban’s King Shaka International Airport last month.
Nakasa worked for publications including Drum magazine, the Rand Daily Mail, and Illanga newspapers.
Mary Papayya from the Nat Nakasa Bring Home a Hero Project says his family and friends have been waiting for this moment for years.
“Nearly 50 years later we’re doing what Nat asked for. It was always his wish that he must be brought back home. When you speak to friends who knew him and his family, they say his last wish was to come back home.”
Various events have been held in honour of Nakasa ahead of his reburial today including a church service and inaugural lecture.
Nakasa, is finally home where he belongs.