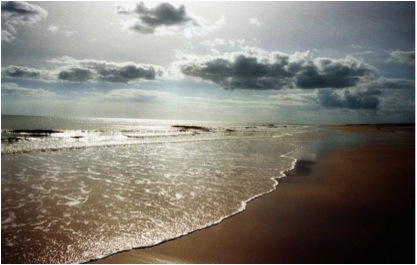 Get ready for some heated debate over the application by the Hibiscus Coast Municipality over their plans for a Nudist Beach.
The KZN Naturist Association has made a formal application for a beach between Port Shepstone and Port Edward to be declared a nudist friendly beach. The area that has been identified is North of the Lagoon and part of Mpenjati Beach. It is part of the Blue Flag Trafalgar Beach and Marine Reserve.

However, many people are against the idea and due to the sensitive nature of the application, the municipality has called for public comment and those wishing to oppose or support it have until tomorrow to do so.
One of the reasons for the application is that many overseas tourists were familiar and comfortable with topless and naturist beaches and this will attract many of them.
The Municipality has already received feedback and comments about this. According to Municipal spokesperson Simon Soboyisa, “About 80 percent are opposed to the beach and 20 percent support it.”

You probably never know this but Durban has it’s own Nudist Beach! DURBAN’S only nude beach is at Umhlanga, North of Durban, near the Lagoon. Although it is not an official nude beach (as yet), it is frequented by locals and tourists alike.