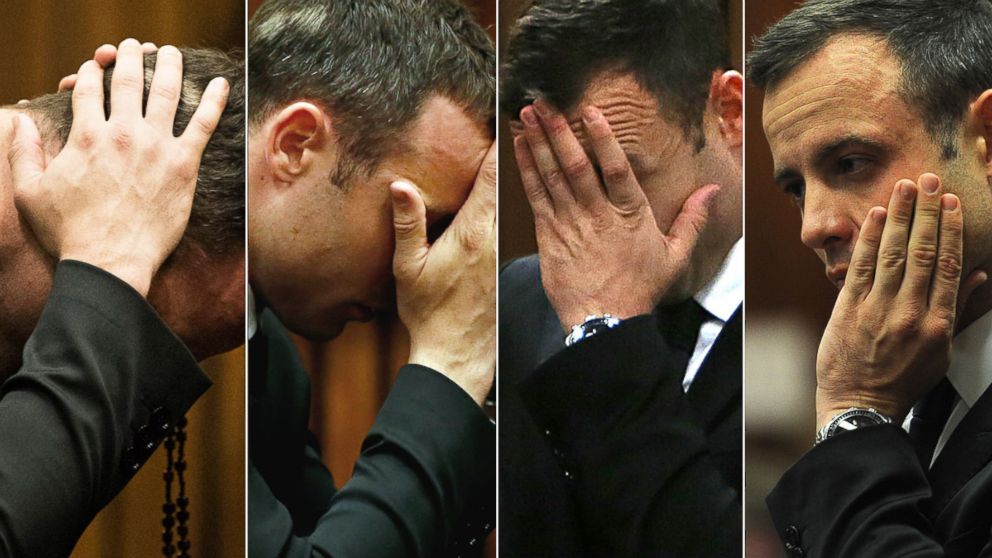 Guilty of Culpabale Homicide – Oscar’s Sentencing is on 13 October

Oscar Pistorius has been found guilty of culpable homicide for shooting his girlfriend Reeva Steenkamp dead on Valentine’s Day 2013. The Olympic star faces up to 15 years in prison for the offence and five more for shooting a gun in a restaurant. He was acquitted of two other firearm offences.

Here is a summary of events:

• Pistorius has been awarded bail until his sentencing hearing on 13 October.
• Oscar faces up to 15 years in prison for culpable homicide and five more for an unrelated charge of discharging a firearm in public.
• Judge Thokozile Masipa said he could not be convicted of premeditated murder but found him guilty of the lesser charge, which is the South African equivalent of manslaughter.
• The judge said Oscar  made a “conscious decision” to pick up a gun and knew the difference between right and wrong.
• She also questioned the reliability of witnesses who say they heard screams and gunshots the night Ms Steenkamp was killed.
• Verdicts were also delivered on three other charges.
• Pistorius was found guilty of firing a gun in a restaurant but cleared of another count of discharging a weapon in a public place.
• He was also acquitted of possessing ammunition for an unlicensed firearm.
“I have used my discretion in favour of the accused. I grant the application to extend the bail of the accused,” Judge Thokozile Masipa ruled at 13:00.
At his bail hearing last year, Pistorius was granted bail of R1m.

Explaining her decision, Masipa referred to the State’s three arguments for the withdrawal of bail: that he had been convicted of a serious offence; that he had disposed of three of his houses and was thus a flight risk; and his “self-harming” behaviour.
She said the onus was on the State to prove it was not in the interests of justice to release Oscar Pistorius on bail.
“I am not so persuaded,” she said.
Masipa found the defence’s explanation that Pistorius had sold his homes to pay for his defence satisfactory.

“I did not hear the State say it was taken by surprise that the properties of the accused were sold.”
She agreed with the defence that the State could at any point in the future apply to have bail withdrawn should it feel it was necessary.
The matter was postponed to 13 October for sentencing proceedings.

Oscar Pistorius was accused of murdering his girlfriend Reeva Steenkamp in his Pretoria townhouse on Valentine’s Day last year. He shot her through the locked door of his toilet, apparently thinking she was an intruder about to emerge and attack him. She was hit in the hip, arm, and head.
Judge Masipa said evidential material before the court showed that Oscar Pistorius acted negligently when he fired into the toilet door, knowing there was someone behind it.
As Pistorius was led down to the court cells, his sister Aimee and father Henke hugged each other.