Point Development – Have Your Say! 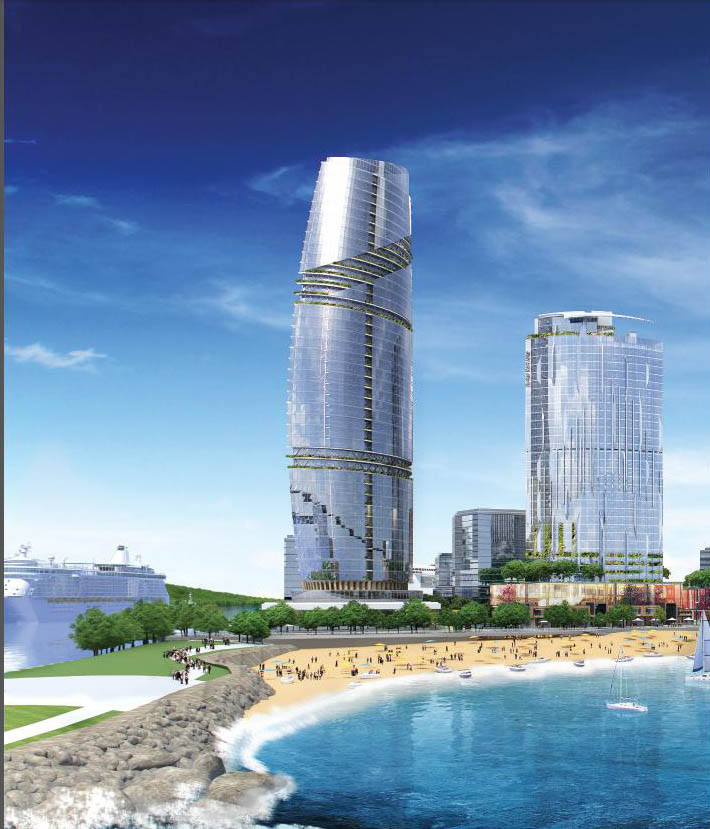 The public are encouraged to voice their opinions or concerns regarding amended plans to the Point Waterfront development.

We were tweeted this very interesting article that appeared in the Berea Mail Today and thought that our readers and fans would be keen to voice their opinions on this major development in Durban.
“SOME heated debate is expected on Saturday, 18 July, when the public is invited to an open day to learn more about the proposed rezoning of the Point Waterfront.
The latest Point Waterfront development plan includes a number of multi-storey buildings including a 55-storey skyscraper.
The initial plans have undergone a number of changes, the most significant being the removal of the small craft harbour which necessitated a re-zoning process to accommodate the new proposed plans.

The project is a joint partnership between eThekwini Municipality’s Durban Infrastructure Development Trust, ROC Point (Pty) Ltd. UEM Sunrise of Malaysia and the Vulindlela group.
All interested and affected individuals are encouraged to attend the open day which takes place from 9am to noon at the Durban Point Development Company’s offices, 15 Timeball Boulevard, Point Waterfront, where they may view the proposals for the development and ask questions.
Ethekwini Council took a decision on 21 May to initiate an amendment to the Durban Scheme along with the proposed subdivision of a portion of this area to form the promenade and the subsequent rezoning of this area to a beach zone.
According to head of communications at eThekwini Municipality, Tozi Mthethwa, the proposal is a combined application consisting of three components. The first is the scheme amendment of Special Zone 91: Point Waterfront, an amendment to the boundary as well as the scheme clauses.
“The new proposal eliminates the small craft harbour. All development has been moved behind the building set back line which has resulted in the change to the boundary of the Point Waterfront. An increase in bulk from 575 000m2 to 750 000m2 has been proposed as well as an increase in the maximum potential height on the sites that are still in ownership by the Durban Point Development Company,” said Mthethwa.
She said a promenade had been proposed between the erosion line and the building set back line which would accommodate public car parking and the various watersports clubs.
“In order to accommodate this promenade, the land previously included in Precinct 5 of the Point Waterfront has been subdivided to amend the boundary and further subdivided within Special Zone 91 to create twelve subdivisions inclusive of the remainder. The proposed promenade will be rezoned to a beach zone, and this will tie in with the existing promenade creating a continuous promenade and hence improve the public access available to the entire beachfront,” she said.
Save Vetch’s Association’s (SVA) Johnny Vassilaros, said: “As far as SVA is concerned all our goals would be achieved by this plan. There are a few points we need clarity on and we hope to raise these concerns once we know more on Saturday. I do know however that several members of the public will be raising issues regarding the height of some of the buildings as they will cast shadows on the beach during the afternoons.”
A copy of the application and its accompanying documents will be open for inspection between 8am and 12.30pm Mondays to Fridays at the offices of the Land Use Management Branch, Ground Floor, 166 KE Masinga (Old Ford) Road, Durban, and the offices of the Durban Point Development Company located at 15 Timeball Boulevard, Point Waterfront.
The public is invited to lodge written comments by hand with the Regional Coordinator: Central Region, Land Use Management Branch, Ground Floor, 166 KE Masinga (Old Ford) Road, Durban, by registered post to PO Box 680, Durban, 4000, by fax to 031 311 7859, or by e-mail to nadia.ally@durban.gov.za by 12 August.”
Source: bereamail.co.za