Rainbow Warrior is coming to Durban. 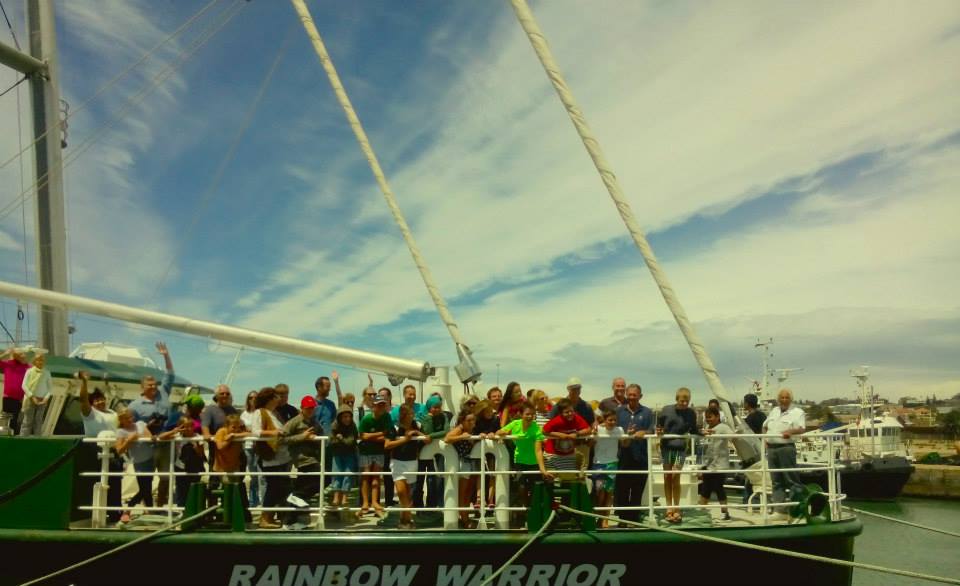 By I Love Durban
Awesome, History, News, Things to Do, Travel

Your chance to see the Greenpeace Rainbow Warrior Vessel in Durban for FREE!

The Iconic Greenpeace Flagship vessel Rainbow Warrior is touring South Africa and will be in Durban on 28 February and 01 March 2015. Entrance is FREE and we really hope to see you aboard!
The Rainbow Warrior left Port Elizabeth this morning, as part of a national tour to highlight solutions to SA’s concerning electricity crisis.The vessel arrived in Cape Town on February 6 and will continue along the South African coast with stops scheduled for Port Elizabeth and our hometown Durban.
Greenpeace Africa executive director Michael O’Brien Onyeka said the tour was part of a campaign to highlight that renewable energy investments were the solution to the current electricity crisis. “Welcoming the Rainbow Warrior in South Africa at a time when the country is threatened by stage-three load-shedding is really important for Greenpeace Africa.

The Rainbow Warrior in Port Elizabeth

“The country is in crisis, and it is clear that the solution to load-shedding is not more investment in coal and nuclear, but in removing the barriers to renewable energy,” Mr Onyeka said.
The South African government is currently forging ahead with new nuclear investments, which may cost as much as R1-trillion, and will take at least 15 years to build.
With this ship tour, Greenpeace plans to highlight the fact that nuclear energy is not viable, and that removing the barriers to renewable energy investments is the real solution to the current electricity crisis.


The History of Rainbow Warrior

The Rainbow Warrior has been the heart and soul of Greenpeace global campaigning for over 30 years. She’s been raided, rammed, shot at and bombed but the spirit of the Warrior is stronger than ever.
After French Government agents bombed the first ship in Auckland harbour in 1985, she was laid to rest in Matauri Bay. Her replacement then picked up the baton and led from the front for over 21 years before being retired. Now the new Rainbow Warrior – the first purpose built Greenpeace ship – is leading the campaign for a cleaner, smarter, more innovative future.

Details for the Event are: