Reconciliation And Why We Celebrate It 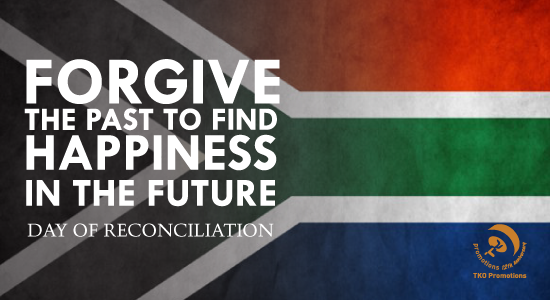 Today As Many Celebrate The Public Holiday, The Day Of Reconciliation Holds An Important Message For South Africans!

December 16th is often celebrated with much festivity, and marks the beginning of the festive period, with Christmas just a week and a half away. Durbanites can expect many popular spots to be full with those enjoying the start of the summer holidays. The day is also marked as the busiest shopping day of the year as many use this day to get Christmas shopping done, ahead of the Christmas rush closer to the day.
However, December 16th is a momentous day in our country’s history and was inaugurated as the Day Of Reconciliation after the 1994 democratic elections to help the country and it’s citizens reconcile the horrors of out past and move forward with shared future, regardless of race, creed  or culture.

Kwa-Zulu Natal is is a integral part of this days history, as on this day in 1838, the Battle Of Blood River ensued on the banks of the Ncome River, when Voortrekers defeated the Zulus in a bid to claim land, killing thousands of Zulu warriors that were led by Dambuza. The Voortrekker’s win of this land allowed them to break away from the hold of the British. The day was then celebrated as the Day Of The Vow in the Afrikaaner religious calender as they vowed to build a church on the land if they were successful in the battle.

On December 16th on 1961, the day marked the divide between white and black races in South Africa, as the military wing of the ANC, uMkhonto we Sizwe (MK) (Spear Of The Nation) announced its existence and launched it’s first acts of sabotage against the apartheid regime. After the democratic election, the government made a bold move to reconcile the nation by announcing this day, previously marked with violence, as the day we will reconcile as a nation.

Today, as we celebrate the Day of Reconciliation, 20 years into democracy, the  Department of Arts And Culture will host the the national celebration in conjunction with the Kwa-Zulu Natal provincial department at the Ncome Museum, near Dundee in the province.

At today’s celebrations, the bridge built by the Department of Arts And Culture between the Ncome Museum and Blood River Monument, found of either side of the river, will be opened. This holds much significance in reminding us as a nation to bridge the gaps between racial and social barriers, and reconcile our differences to stand proud as a nation.

We as a nation, must look back to the man that led us into a united nation, late former president Nelson Mandela, who said, “Reconciliation means working together to correct the legacy of past injustice.” (December 16th, 1995)