Rising Stars Reach For The Stars! 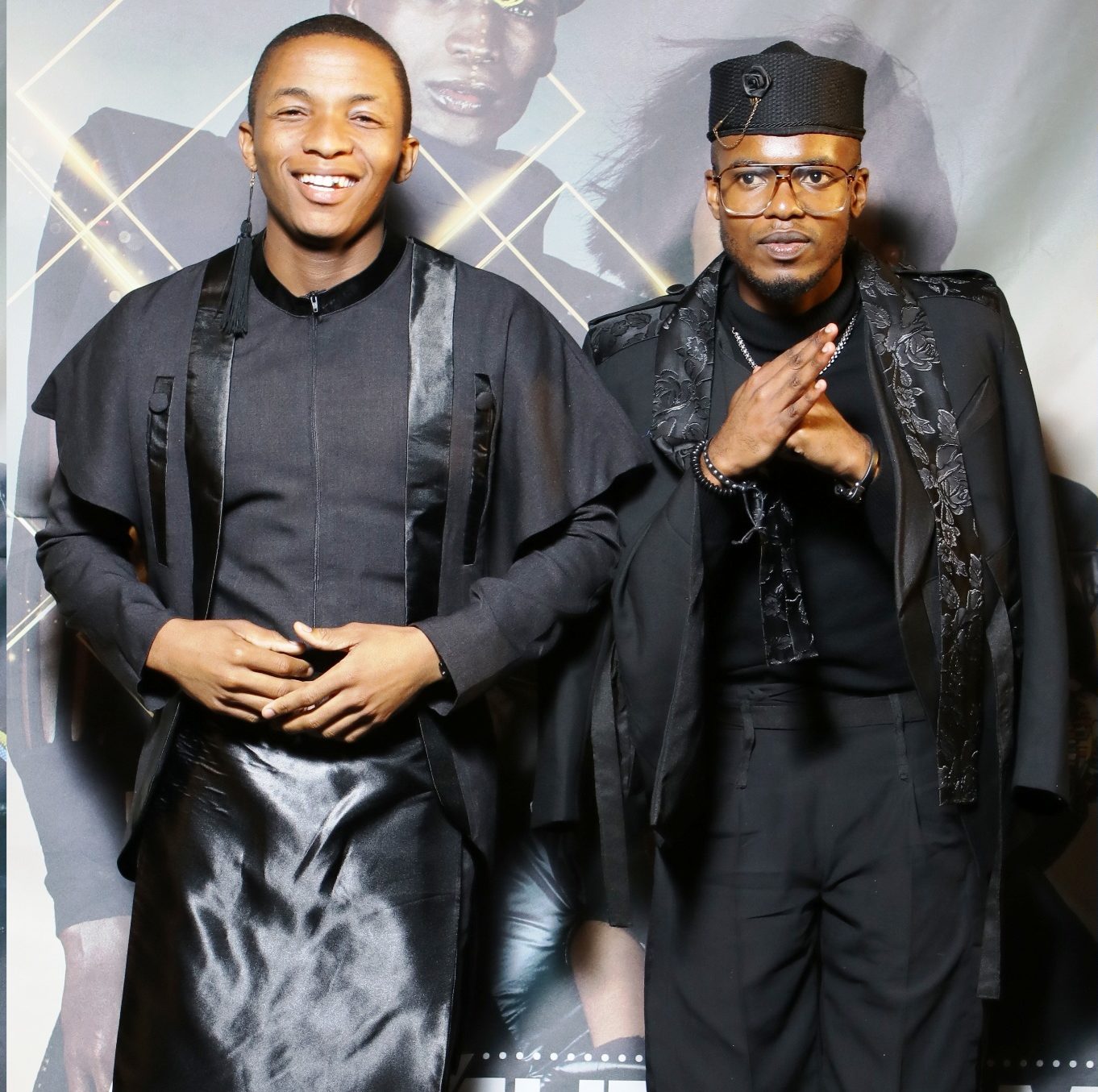 The Fashion Development Programme which forms part of the highly successful Durban Fashion Fair (DFF) has put three new fashion brands and four young designers on the city’s fashion map and helped them begin to realise their dreams of becoming movers and shakers in the world of fashion.

Sicelinhlanhla Ngcobo and Khulekani Mzwandile Sithole who are behind the brand “Black Rose”, together with Cari St Quentin and Zamabhele Ntshangase were picked out from 20 mentees who participated in the programme during 2018. They were crowned Rising Stars at the DFF Recognition Awards hosted at the ICC in September. This brought the seventh annual DFF to a close at the twentieth instalment of the Durban Business Fair.

The 2018 DFF Designer Mentorship programme actually began in December 2017 when the eThekwini Municipality advertised for trainee or “wanna be designers” throughout the greater eThekwini area apply and submit storyboards.

These as well as a series of interviews resulted in the selection of 20 “designer mentees” who started the programme in February 2018. Their exciting journey culminated in the annual DFF which took place between September 19-22.

During the preceding seven months, these young mentees were provided with the tools and the knowledge needed to reach for their fashion dreams and to take full advantage of the opportunity to participate in a high profile fashion show such as the DFF.

During this fashion extravaganza, a panel of judges picked out the three Rising Stars based on the creations on the DFF catwalk as well as their work behind the scenes.

Sicelinhlanhla Ngcobo (or SG as he’s more commonly known) grew up in the village of Gunjaneni, Mtubatuba, but now lives in Durban Central.

His career as a menswear designer began with his studies at the Lindiwe Khuzwayo Academy of Fashion Design.

His label, Black Rose, showcases his love for colour and different textures. “I have always since I was young, had an interest in fashion. I wanted to go into fashion after school, but I was scared. When I was in my third year of my bachelor of arts in psychology, I worked up the courage to pursue my dreams, and here I am today!” he explains.

SG admits that, when he heard his name being called out during the Fashion Recognition Awards, he was shocked. But reality quickly set in and he was elated to have won!

He hopes to encourage emerging designers to strive to achieve their goals every day and, through his work, he aims to raise the fashion bar. In five years, he sees himself becoming a better designer and making his mentors proud as he showcases all the skills that he acquired during the lead up to the DFF.

The other half of the Black Rose label is Khulekani Mzwandile Sithole who was also born in Matubatuba and he still lives there today in an area known as Nkodile. Like SG, he also studied at Lindiwe Khuzwayo Academy of Fashion Design.

Sithole says he found the mentorship program interesting. It not only helped him to be recognised in the fashion industry and also to build up his portfolio in menswear. For him, the highlight of the DFF experience was the way in which the program helped and encouraged him to always aim for perfection and to represent himself and his work more effectively.

Within the next five years, he sees himself as a young, successful designer who can be an example to those that want to pursue a career in fashion one day. He also plans on having his business up and running smoothly in his home town, as well as other cities around South Africa.

Cari St Quentin, although originally from North Cliff, Johannesburg, currently resides in Salt Rock on the Dolphin Coast. She studied at Vega in Umhlanga and she designs ladies wear.

“I fell in love with fashion when I was in grade 0 and just five years old. It was around that time that I knew I wanted to be a fashion designer one day,” she recalls.

Describing the mentorship program as “very worthwhile”, she says it enriched her knowledge of fashion and understanding of the industry and also helped prepare her for handling the different elements that go in to running a fashion business.

Her advice to anyone wanting to go into the fashion industry is to be prepared for a lot of hard work and the sacrifices needed to push yourself to the next level. Keep an eye out for St Quentin in the next five years, as she sees herself running her own clothing label, managing staff and working from her very own studio – doing what she loves every day.

The third Rising Star, Zamabhele Ntshangase, was born in Pietermaritzburg but now resides in Durban Central. She studied at Lindiwe Khuzwayo Academy of Fashion Design, and creates both men’s’ and ladies’ wear under her label Belle Couture.

She discovered her love for fashion in 2009 when she was doing her internship at the Bat Centre. Inspired by Papie of Urban Zulu, she wore Urban Zulu designs. When she met Kwenzi Nkomo from Indoni Fashion House, she was motivated to start designing.

“I bought myself a sewing machine soon after that and enrolled myself at Lindiwe Khuzwayo Academy of Fashion in 2016” Ntshangase says.

For her, the highlight of the DFF was the award night. Hearing her name being called out as one of the winners, in an auditorium full of industry experts from all walks of life, media and her family, still gives her chills. She was also interviewed by Top Billing which was a dream come true!

Her advice to others in the industry, or those wanting to break into fashion, is to take every class, assignment and activity seriously. Put your best foot forward and ask as many questions as possible to ensure that you have all the necessary information to be the best you can be, she advises. Most of all, though, she believes the key to success is to have fun and love what you do.