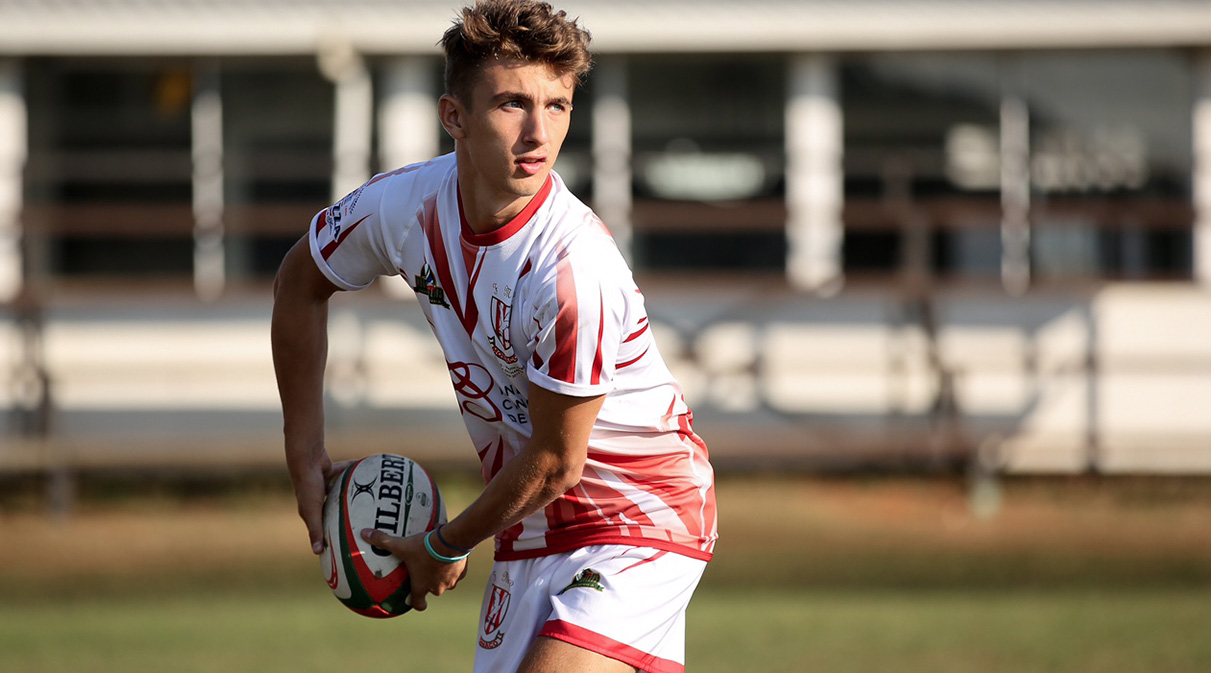 Durban is getting set to welcome Monaco’s U15 rugby team for an exciting 7’s rugby tournament as part of the ground-breaking SA – Monaco Rugby Exchange Programme.

PHOTO: Stefan Terblanche (SARLA CEO) training the U15 Monaco rugby team ahead of the 7’s rugby tournament which takes place on Saturday at Glenwood High School.

This incredible initiative is part of the SA Rugby Legends Association’s (SARLA) partnership with the Princess Charlene of Monaco Foundation and is working to change the lives of SA youth through sport. SARLA has worked tirelessly to introduce rugby and its values of teamwork and dedication to youngsters at a grassroots level.
Earlier this year, as part of the annual exchange between SARLA and the Princess Charlene of Monaco Foundation, a team of U12 rugby players from the Western Cape travelled to Monaco to represent SA at the St Devote Rugby Tournament. The SA team were triumphant, emerging as the overall winners of the 2017 edition of the tournament and doing SA proud.
Now, at the end of July, the Monaco U15 rugby team will travel to Durban, accompanied by representatives of the Princess’ Foundation and the Monaco Rugby Federation. They will participate in a 7’s rugby tournament at Glenwood High School and will be taken through the city on sightseeing trips to take in some of Durban’s iconic tourist attractions. This will be an opportunity for the team to get to know the city where their Princess lived for several years, prior to her move to Monaco. The youngsters can look forward to visiting Ushaka Marine World and the Moses Mabhida Stadium, as well as a surfing lesson on the legendary swells of Durban’s beaches, given by the SA Surfing Legends. They will also spend a day out at Tala Game Reserve.
To assist the players prepare for the tournament they will attend a training session at College Rovers Rugby Club hosted by former Sharks and Springbok coach, Ian McIntosh. SARLA CEO, Stefan Terblanche, has also arranged for the team to spend time at the stadium to watch his former team, the Cell C Sharks, in training, so that they can pick up some extra tips. They will also be hosted at the Cell C Sharks’ Currie Cup clash against the Pumas on Saturday July 29.
Terblanche says that SARLA is thrilled to be hosting the young Monaco players: “We enjoy such a strong and beneficial relationship with the Princess Charlene of Monaco Foundation and the rugby exchange programme gives the youngsters from both countries an excellent opportunity to not only play in a tournament but also to immerse themselves in the culture and experiences that other countries have to offer. We know the team will have a fantastic time in Durban.”
Gavin Varejes, who is the founder of SARLA and a former Durban native, agrees, “The Foundation shares our love of rugby and what it can do for our youth. When we sent the team to Monaco earlier this year the Foundation and Monaco Rugby Federation showed us such wonderful hospitality and we cannot wait to return the favour and show the players what the beautiful and friendly city of Durban has to offer.” He adds, “Of course, we also look forward to seeing some excellent rugby being played!”
For more information on SARLA please visit: http://www.sarugbylegends.com