Sardines Have Arrived in Durban! 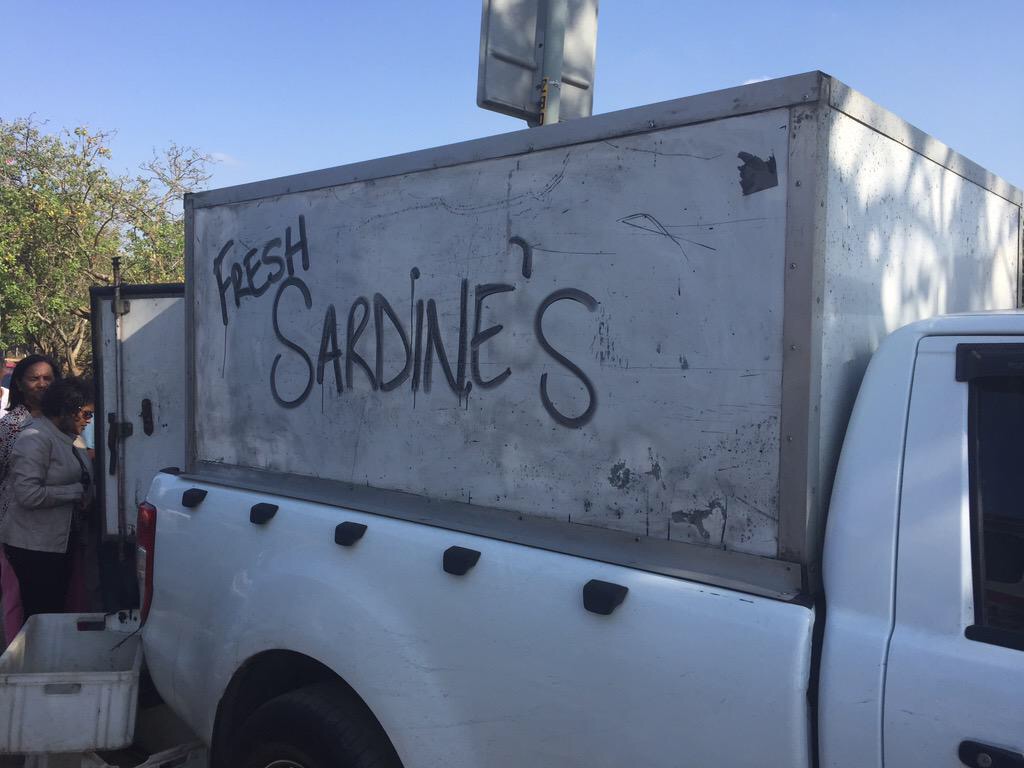 The Long Awaited Sardines have arrived on our Durban Beaches.

Scores of Fans of Sardines waited eagerly for the glistening silver fish to make their appearance in Durban this morning. By midday, the sardines were netted near the Snake Park Pier in front of the Blue Waters Hotel.
News of the netting and appearance of the sardines made its rounds on social media and many were keen to leave work to be a part of the  hype and excitement. The current going price for a dozen sardines is R30, however if more are netted then the price will drop, hopefully. You will be able to buy them on Higginson Highway, Overport and we spotted a van selling them on Phoenix Highway in Durban.

The Sardines were first netted more than a month ago on the South Coast in Margate. Fishermen who were present on the beach in June said that it was rather unusual for the infamous silver fish to make such an early appearance on our shores. “They usually appear when the waters are much colder. We suspect that the storm that has been predicted over the next few days may have brought them closer to shore.” said one fisherman.
For those of you that love Sardines, whether they are Filleted, Fried, braaied or Pickled, they are a delicacy and a Durban Treat – Enjoy!!

The  Greatest Shoal on Earth.

The Sardine Run is much more than numerous glistening shoals of sardines moving up the coast. It involves and affects many marine animals and can be witnessed from the shore, the sea or the air, and from above or below the clean waters of the Indian Ocean. Great White Sharks, Copper Sharks, Common Dolphins, and Cape Gannets are four key predators that pursue the shoals northwards along the east coast of South Africa.
The shoals can get up to 20-30km long and the feeding displays that result are spectacular. Sharks and dolphins round up the sardines into huge “bait balls”, only to be consumed by the predators. White clouds of Cape Gannets plunge into the water like jet fighter planes, pods of common dolphins join together to herd the sardines through “super pods” several thousand strong, and hundreds of sharks join in pursuit. The South Coast offers several vantage points along its magnificent 120km long coastline for you to take full advantage of the experience from the comfort of a deck-chair.
Source: www.sardinerun.co.za