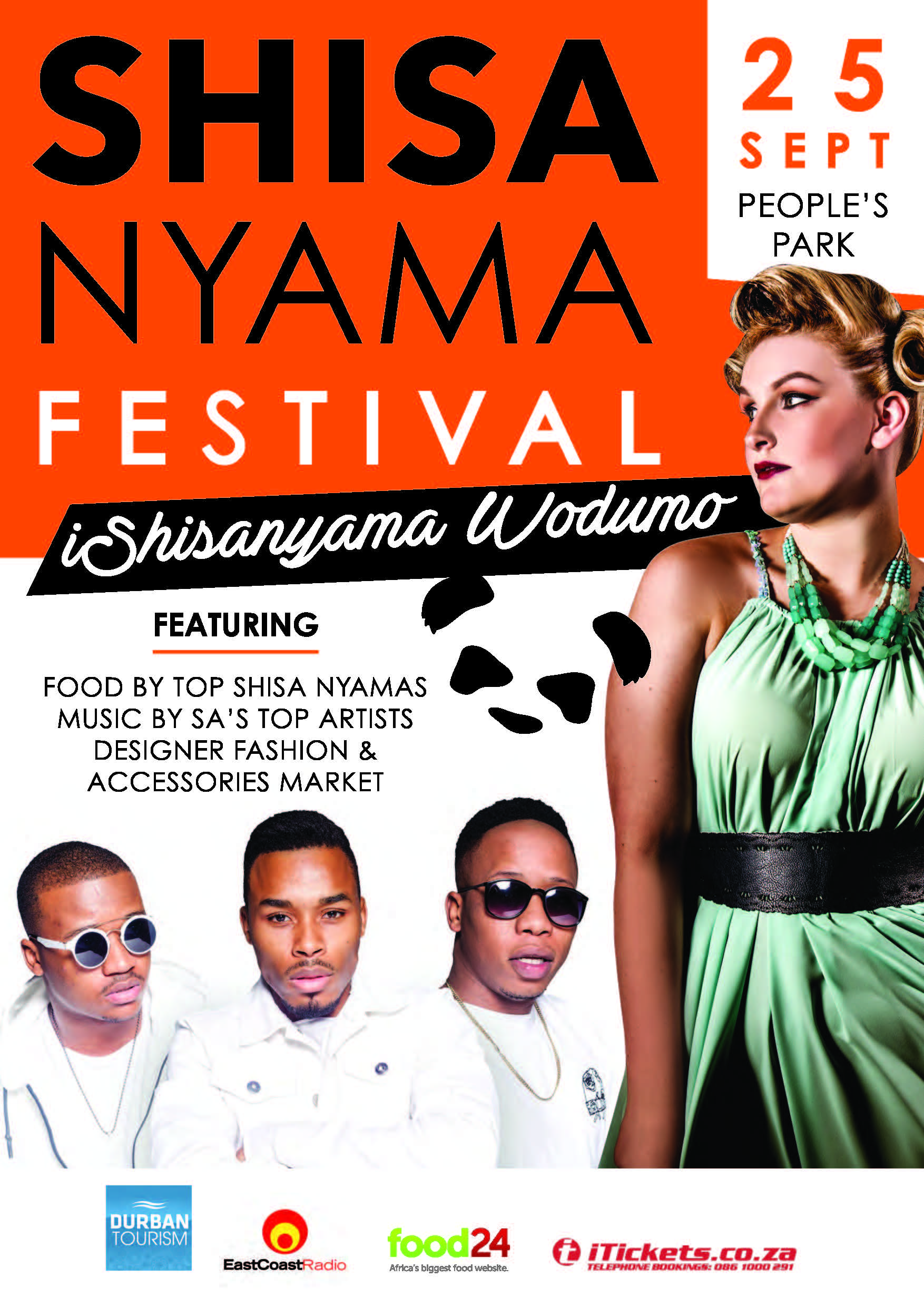 By I Love Durban
Awesome, Competition, Durban, Entertainment, Food, Restaurants, Things to Do

Durban get ready for the Shisa Nyama Awards this Sunday. The Shisa Nyama AwardsTM started in Durban on July 2016. On September 25 the winner of the first round will be announced at a giant Shisa Nyama FestivalTM hosted at People’s Park in Durban and proudly sponsored by Durban Tourism.
Other festival sponsors include East Coast Radio, Bluff Meat Supply, Supa Mama. In 2017 the Shisa Nyama AwardsTM move on to Johannesburg and Cape Town to crown the best in each city, following which a national final round of judging will commence, with the winner of SA’s best city shisa nyama announced at the second Shisa Nyama FestivalTM on September 24, 2017.
The first seven finalists in the inaugural Shisa Nyama Awards have been chosen. Shisa nyama has become synonymous with authentic food, friends, family and good times. And, of course, loads and loads of flame-grilled meat. The Shisa Nyama Awards were created in recognition of the value of this South African cultural phenomenon.
To win tickets please fill in the form below:
[ninja_forms id=45]
The judging process kicked off on 1 July in Durban, when an epic epicurean team of six judges comprising editors, food critics and renowned restauranteurs visited 25 of the city’s hottest venues.
A culinary award with a difference and the only body of their kind in South Africa, the Shisa Nyama Awards recognise and reward excellence in food, service, venue and ambience. The Awards also aims to drive business to the outlets and to stimulate township tourism in a real, more engaging way. 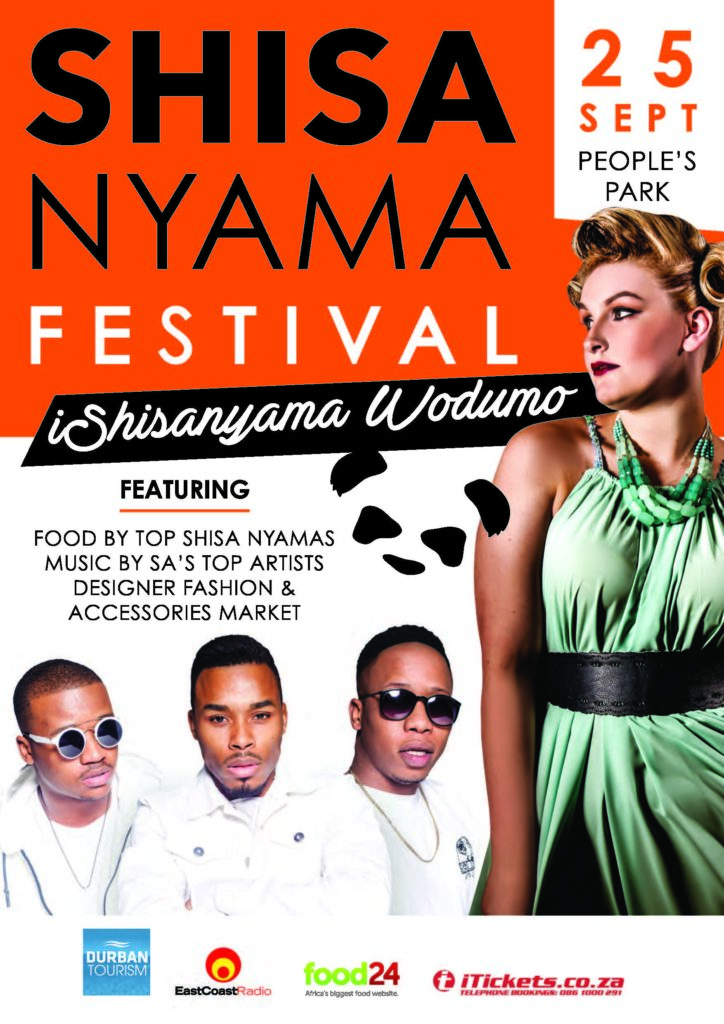 It’s about celebrating and growing small businesses – the more establishments like these thrive, the greater the impact on their communities and the economy.
Says founder Michelle Lewis, “I wanted to tell the world about the true entrepreneurs in our society – like these shisa nyama owners – many of whom started out from humble beginnings and now command the attention of our country’s largest brands. I also crucially wanted to highlight the chefs behind the scenes who create delicious food for millions of South Africans each day but who are largely unknown.”
Durban’s top seven venues were selected through the gruelling judging process (which, let’s face it, involved eating loads of flame-grilled meat) and ranked according to a 50-point scoring system. These are:
〉 Cafe Skyzer, Mayville
〉 Eyadine Lounge, Umlazi
〉 Max’s Lifestyle, Umlazi
〉 One and Only, KwaMashu
〉 Sbu’s Lounge, Inanda
〉 Tate’s Kasi Grill, Clermont
〉 Under The Moon, Inanda
The judges also selected a list of venues that didn’t quite make the top seven but still come highly recommended:
〉 Artizen Lounge, KwaMashu
〉 Comfort Zone, Clermont
〉 Magic Gents, Umlazi
〉 Meat Junction, Point Area
〉 Emseni, Clermont
〉 Kwa Thusi, New Germany
The good news for the public is that all of these establishments guarantee a full belly, great vibes and maximum customer satisfaction. The great news for the public is that the winner among these will be announced at a Shisa Nyama Festival on Heritage Day, Sunday 25September, at People’s Park, Moses Mabhida Stadium, in Durban. Because if there’s one thing South Africans love to do more than eat loads of flame-grilled meat, it’s to party.
The Head of Durban Tourism Mr Phillip Sithole, confidently stated that the city is proud to support new and innovative initiatives that proudly recognise the value and growth of Township Tourism and its unique product offerings. The shisa nyama restaurants are one of our key tourism products that we have been actively promoting for years and has fast become a must visit experience for all our domestic and international visitors. We are proud that today, we have a selection of these well managed, world class township restaurants that are rapidly growing in all spheres of the city.  The unique culinary experience portrays the lifestyle and culture of our locals and the added exposure of the Shisa Nyama Awards will help towards the empowerment and expansion of these entertainment and lifestyle hubs, that play a vital role in boosting tourism.
For more information, check out shisanyamaawards.co.za, facebook.com/shisanyamaawards, twitter.com/ShisaNyamaAward | instagram.com/shisanyamaawards.
About the Shisa Nyama Awards
The Shisa Nyama AwardsTM were founded in 2016 by marketing and public relations professional Michelle Lewis, also founder and owner of Durban-based public-relations agency Have Your Say. The competition curator is Ingrid Shevlin, renowned journalist of more than 30 years’ experience and organiser of the 17-year-standing Café Society Awards. The judging line-up consists of well-known restauranteurs, South African editors, and food critics: Andrew Draper; Buhle Mbonambi; Dennis Ngxongo; Lungi Nhlanhla; Meleney Cunniff and Sdu Gerasch.
For all press queries, contact Michelle Lewis, 072 566 2551, michelle@corner57.com.