Starbucks is Coming to South Africa!! 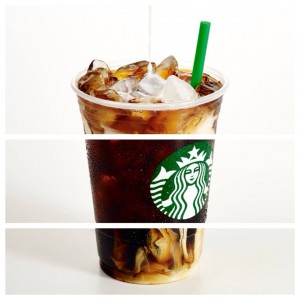 Get Ready South Africa – Starbucks will be here in the first half of 2016!!

South Africa’s Taste Holdings, which recently licenced global pizza giant, Domino’s in the country, has signed an exclusive deal with Starbucks Coffee.
“For the first time in sub-Saharan Africa, Starbucks will open full-format stores bringing the entire range of its food and beverages, including its ethically-sourced Arabica coffee, to South African consumers,” Taste said in a trading statement on Tuesday (14 July).
The Seattle-based coffee chain has agreed to a licensed partnership with management group Taste Holdings to open its first store in Johannesburg in the first half of 2016, with more locations in South Africa to come.

Taste acquired the licence for Domino’s in South Africa in 2014, and officially opened up several branches in the country with the aim of having 100 branches by 2016.
The deal allows Taste to open stores that carry the full range of Starbucks food and drinks. Elsewhere in Africa, Starbucks has a handful of stores in Cairo and Casablanca.
The model follows one Starbucks has turned through most of Europe, the Middle East and Africa, where it uses licensees to run all its stores. The exception is the U.K., where it stumbled by opening stores mostly in high-rent shopping areas in big cities. There, Starbucks has used franchising as a way to make quick inroads in more remote areas where its executives have little familiarity.

Last year, Starbucks opened 171 net new stores in EMEA, all of which were licensed. It closed 10 company-owned stores.
Starbucks reported net revenue for the EMEA region of $321.8 million for fiscal 2014, up 9.7% from a year earlier.
The group has since announced that it will be converting all of its Scooters Pizza and St Elmo’s Pizza outlets into Domino’s stores over time.
Starbucks is the latest US brand to be coming to South Africa, following the announcement that a local consortium, KK Doughnuts SA, would be bringing Krispy Kream doughnuts into the country.