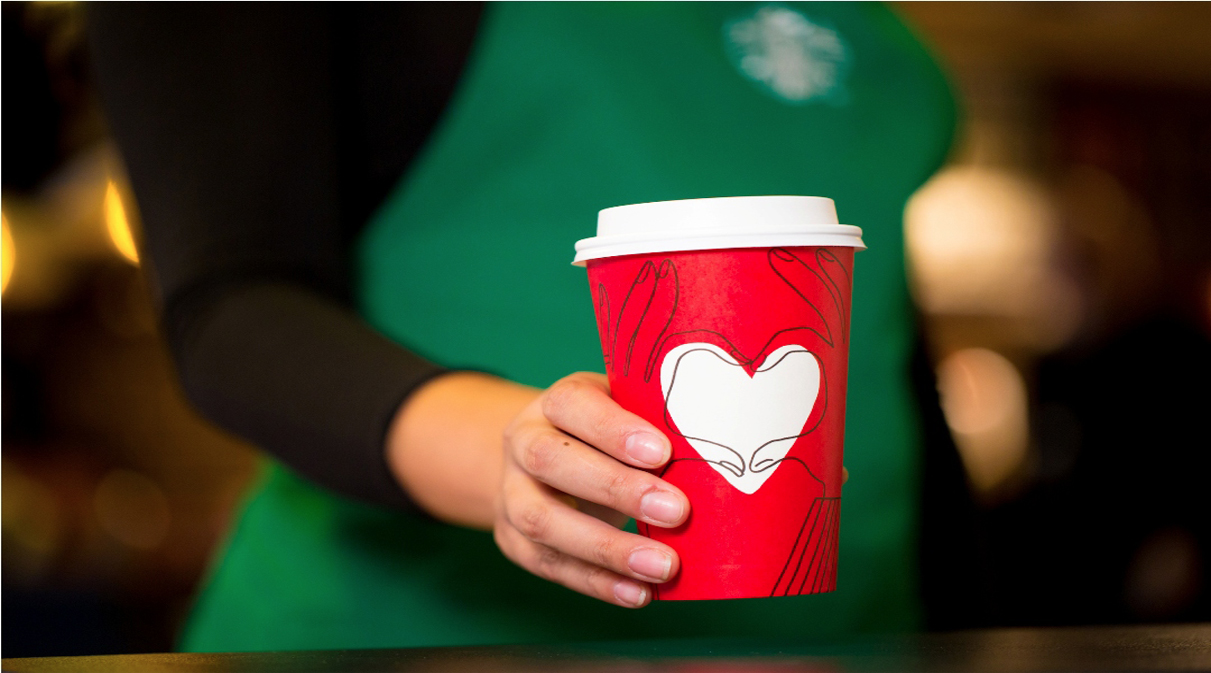 By I Love Durban
Art, Awesome, Business, Durban, News, Things to Do

It’s the season of giving and Starbucks in South Africa is embracing the essence of the festive season.
“Starbucks is passionate about supporting the local communities close to its stores, and this year we will be supporting local charities through our #GiveGood campaign, “says Clive Liversage, Starbucks Managing Executive.
Starting today for a limited time, Starbucks will serve beverages in a new red holiday cup. The red cup encourages customers to recognise those who fill their heart and embody goodness this holiday season by writing that person’s name in the heart of the cup.
Starbucks will donate a portion of their holiday beverage sales to the non-profit organisations up to a    total amount of R120 000. Starbucks has also partnered with Hamley’s Toys to bring more joy with hundreds of Hamley’s teddies being gifted to little ones.
Starbucks partners chose three charities from their neighbourhood. The beneficiaries are The New Jerusalem Children’s home in Johannesburg, Mohau Centre of Hope for Children in Pretoria and CHOC in Durban.

For more information contact: Fareed Mohammed at 079 597 9374 or on fareed@tasteholdings.co.za