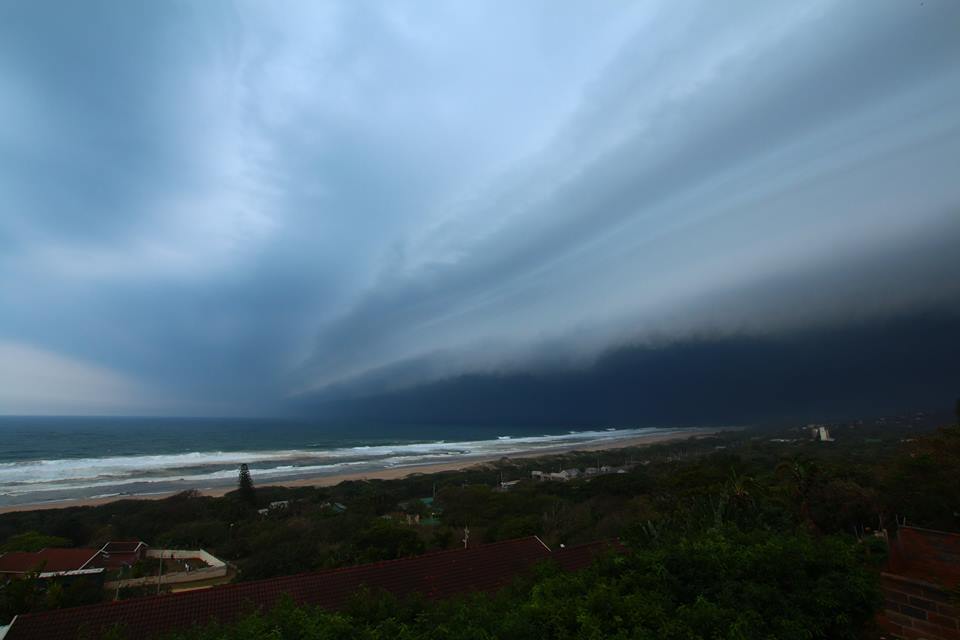 A video of a container ship in Durban Harbour which was posted onto the Internet yesterday is going viral. KwaZulu Natal has been hit by severe wind, hail, rain and lightning over the past two days. The SA Weather Service issued a warning of severe thunderstorms in parts of the country on Monday.

The Storm video shows how the massive container ship was shaken by gale-force winds that blew through the harbour on Tuesday afternoon. Howling gale force winds can be heard in the video. The winds blew the ship to the wharf, but the quick reaction of the Durban Harbour staff and team ensured it cause no damage.Two harbour tugboats were called in to assist the massive ship.

Durban harbour master Captain Alex Miya said that a container carrier, the ER Yantian registered in Monrovia, had been due to sail out of its berth alongside Point T-Jetty at 3.45pm. Miya said while the pilot and tugboats were on their way, gale-force winds had sprung up.
“The winds caused the vessel to start breaking lines (from the ship to the moorings) but the tugs assisted the vessel and it sailed safely out of the harbour.” said Miya.

Storm and Wind Gusts up to 65kph

According to an online maritime vessel finder, the ship was heading for Maputo, fully laden with containers. The length of the ship is 260.1m and the breadth is 32.35m. The gross tonnage is 39 941. Luckily, the storm did not cause any of the containers to fall off.
The storm video posted on the internet shows the cables attached to the moorings being whipped up and down by the motion of the ship being pushed by the winds. At least 35 to 40 houses were damaged on Tuesday afternoon when strong winds and heavy rain battered the Durban area. KwaZulu-Natal Emergency Services spokesperson Robert McKenzie, said in some cases entire roofs were ripped off the top of houses, causing substantial damage to buildings.

Storm Damage in Durban – Roofs were blown away

Did you experience the storm and crazy weather in Durban over the past few days? Please  share your stories with us in the comments below.