Traffic-Laws Amended To Save Lives 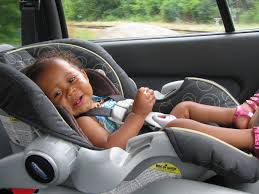 The 22nd amended regulations to the National Road Traffic Act (NRTA) has included major changes for all road users. Some of the most noteworthy changes are that mini bus taxis will need to be fitted with a speed monitoring device by December 2016 and that all children under the age of 3 years old will need to be transported in a car seat in private vehicles.
The response on social media platforms regarding these amendments have cited that all these efforts and laws will be wasted if they are not enforced properly. Calls have been made to ensure that these new laws are implemented well.

A poll on the popular news24 website has provided the following statistics on public opinion of the new laws. A total of 13 483 votes were recorded after asking readers whether speed limiters for taxis, trucks and buses would reduce road deaths. Of these votes 6590 votes, 49% of the votes believed new regulations would reduce road carnage but only if the law is enforced. 36% of the voters welcomed the proposed speed limiters.
Only 2085 voters, which is 15% of the respondents said that speed limiters would have no affect on SA’s appalling road death statistics.


Child Deaths On The Road

South Africa has reported in previous years that road accidents was the largest unnatural killer of children in South Africa.

The new laws around transportation of children in South Africa hopes to change that. The new law brings South Africa closer to international standards and regulations of child transport. In Europe, it has long been in effect that children below a certain height, must be transported in appropriate equipment for their size. It is also the law in Europe that rear facing car seats can not be fitted into the front seat of a car without the airbag being deactivated.
The new law around child transport will come into effect from the 31st of January 2015.
*information sourced from news24.com