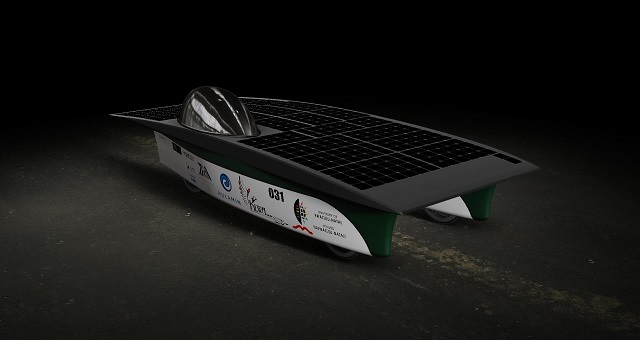 UKZN students take top spot at the Sasol’s biennial Solar Challenge, doing Durban and South Africa proud by clinching third place in the international challenge. The challenge is hosted by petroleum giant Sasol. The aim of this initiative is to offer scholars, students, private individuals and industry and government partners an educational journey.  They gain hands on experience learning about science, innovation, teamwork and business principles.

The teams and cars make various stops along the way, allowing the public to interact with them en route. This type of engagement allows youth to be exposed to the excitement and challenges of engineering fields. As math and science fields suffer a lack of interest and poor results from school students, challenges like this expose them to the advantages of the math, science and engineering fields.
This year, the 8 day race saw teams racing from Pretoria to Cape Town. The challenge had 10 teams racing, of which three were from other countries. The winning team was a Netherlands based team, with the team from Turkey coming in second.

The Winning Team From the Netherlands

iKlwa Fought Until The End

iKlwa, meaning short and agile spear, showed true warrior spirit through the grueling race. The UKZN team lost a day and a half of the challenge after a part of the car’s hardware blew just before the start-line. Through sheer determination and some sleepless nights, the team fought their way to third place.

It was a nail biting finish for this amazing group of individuals, as the team overtook the North-West University on half the energy of a kitchen toaster on the last day, beating them by a few dozen kilometers. This determination and winning spirit saw the team take third place overall and first of the South African teams.

The team, who had one of the smallest budgets of all the other teams feel that should they have not faced major technical issues early in the race, they could have definitely produced a better result. Even with these obstacles, this awesome group of individuals still hold  the honour of the current records for the longest distance travelled by a South African team in both the Challenger Class (won in 2012) and the Olympia Class (2014).

The UKZN team was made up of the following amazing individuals:
Kirsty Veale (supervisor)
Clinton Bemont (supervisor)
Shuvay Singh
Matthew Woods
Nicholas Witterveen
Chris Lawrence
Damian Raghubeer
Fiona Leverone
Saien Rugdeo
Peter Sinclair
We are so proud of the UKZN Team and their amazing solar power car iKwla.
We love that our youth is achieving such amazing things. Do you have any words of congratulations for them? Let them know in the comments below.